Home / Incident / Showdown on the road: in Vinnitsa motorcyclist was severely beaten motorist

Showdown on the road: in Vinnitsa motorcyclist was severely beaten motorist 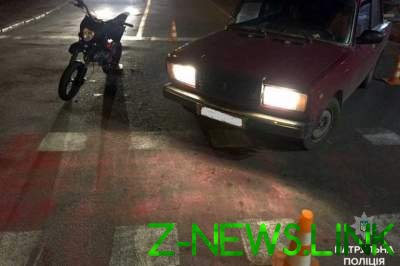 All over the hospital bed.

A conflict between two drivers in the winery ended in the hospital for one of them.

According to law enforcement officers, yesterday, the 21st of October, they responded to a call on the Avenue of Youth, which allegedly occurred dorozhno-transport incident.

However, upon arrival, found that the accident was not, but fought two men, the biker and the driver of the car “VAZ-2107”.

The driver of the car were injured, so the ambulance took him to the hospital.

See also: Triple car accident near Odessa: there are victims

While the causes of the conflict out of the police, which should give a legal assessment to actions of the driver of the motorcycle.