Should Texas go it alone? Ted Cruz thinks secession can’t be written off 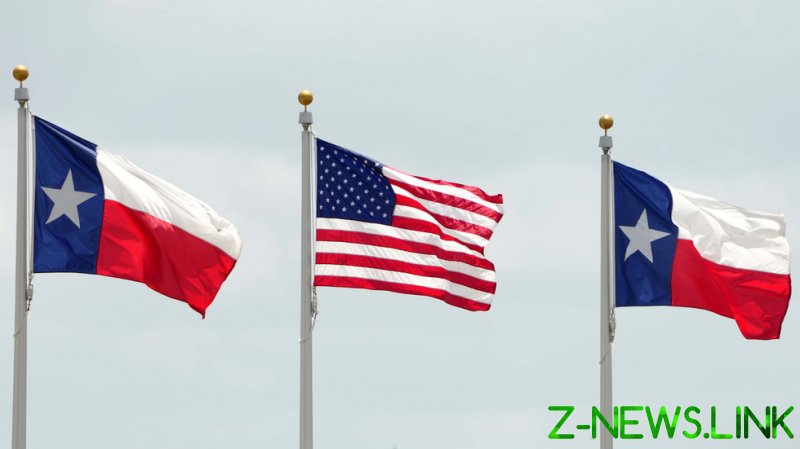 While the United States descends deeper into the quagmire of woke insanity, where school students are being inundated with mask mandates, sexed-up studies and critical race theory, the residents of the nation’s second largest state have a message for Joe Biden and the Democrats: ‘Don’t Mess with Texas’.

Ever since Biden shuffled into the White House, with a pack of crazed Cultural Marxists in tow, Texans have been attempting to distance themselves from the leftist blob now engulfing large swaths of the country. From passing the most restrictive abortion measures in the country, to battling the draconian mask and vaccine mandates enforced by the Democrat-controlled White House, Texas is living up to its rebellious, Lone Star nature.

For many Texans, however, like Senator Ted Cruz, the legal bulwark being erected against the encroaching madness is not enough. In order to fully inoculate themselves from the creeping virus of hyper-liberal progressivism, Cruz believes that Texas’ secession from the United States is an option that cannot be ruled out.

During a rowdy discussion at Texas A&M University, where not a single grungy mask was seen in the packed auditorium, Cruz warned that if the Democrats continued to “fundamentally destroy the country” with their deviant woke experiments, there may come a point in time where the situation is rendered “hopeless.” The senator pointed to other divisive actions being pursued by the Democrats that could trigger a move to secession, including the packing of the Supreme Court, declaring the District of Columbia a state and massively expanding ‘voter fraud’ through various machinations, like mail-in voting. All of these actions have been kicked around by the Democrats, who are enraged that the Supreme Court – after Justice Ruth Bader Ginsburg dealt them a terrible blow by passing away under the presidency of Donald Trump – is now under majority conservative influence.

Should the Democrats enact the above mentioned measures, Cruz suggested that the state of Texas could “take NASA, take the military, and take the oil.” Those are fighting words, considering that Texas is home to NASA’s sprawling Lyndon B. Johnson Space Center, 41% of total US oil reserves, and over a dozen major military installations. Clearly the threat ‘Don’t Mess with Texas’ is not an empty one; the state has more than enough reserves to survive on its own.

Although Cruz’s off the cuff remark triggered laughter and applause from the crowd, the Twitterverse erupted with hysterical howls that the senator was calling for yet another ‘insurrection’, like the wet firecracker of January 6 where protesters were escorted through the Capitol building by police.

Although uttered in jest and before a home crowd, Cruz’s somewhat reckless comments exposed the deep fissures that exist just below the surface of crumbling American society. It’s not difficult to imagine, with every new Biden mandate and liberal experiment that is forced upon the country, that the possibility of a ‘Texit’ may not be too far off.

To understand the deep loathing that exists between the two warring camps, consider the on-air battle that broke out when Cruz-elect president Joe Rogan, the popular podcast host, told his millions of listeners that he used the antiparasitic drug ivermectin for treating his bout with Covid-19. Judging by the outpouring of Democratic hostility that ensued, one would think that Rogan had claimed he used a horse dewormer – one of the many medical uses for ivermectin – to cure himself. In fact, that is exactly the charge that CNN talking heads leveled against him.

What followed was yet another one of those tedious he-said, she-said, right-versus-left mud wrestling matches, which accomplishes absolutely nothing aside from staining the nation head to toe. Then, just as soon as the Rogan outrage died down, a fresh one sprang up around Green Bay Packers quarterback, Aaron Rodgers. It is relentless.

As American society continues to be torn apart from the response to Covid-19, as well as all of the weird experiments emerging from the progressive’s diabolical laboratory, such embarrassing mudslinging fights only promise to get worse. But could they lead to an actual call for secession, another civil war?

To answer that question, it’s important to recognize that these sensationalist displays of media infighting (which seldom happen in other countries, by the way), aside from showing the superficiality and shallowness of American society, keep the US citizenry penned up – safely for now – in their own self-identifiable ideological boxes. The media talking heads go to war each night before the captive American audience, which cheers on their side just as the ancient Romans – minus the Cheetos and Budweiser – once did inside of the Colosseum.

Thus far it has been a relatively harmless sport, a sort of ‘bread and circus’ living room spectacle that gives the nation a safety release valve from the accumulating political pressure. However, as witnessed by Cruz’s comments, which were lapped up by his collegiate audience, it appears that the United States is heading for the day when the Punch and Judy media show is no longer able to contain the primal forces now at work in the country.

The ideological distance between the Democrats and Republicans are reaching that invisible threshold where the daily antics of the media talking heads no longer work to console the masses, already stressed to the breaking point by a pandemic and all of the extreme restrictions.

Ted Cruz fired a shot across the bow of the Democratic Party, warning them of the dangers of pushing the nation beyond the point of no return. Although it may be too early for Texans to concern themselves with writing a national anthem, or if Joe Rogan would make a good commander-in-chief, there are definite rumblings of trouble down the road. Unless Americans can find a way to tame the fervent political passions of the progressive left, which is dragging the country into dangerous territory, talk of a national divorce will only grow louder.