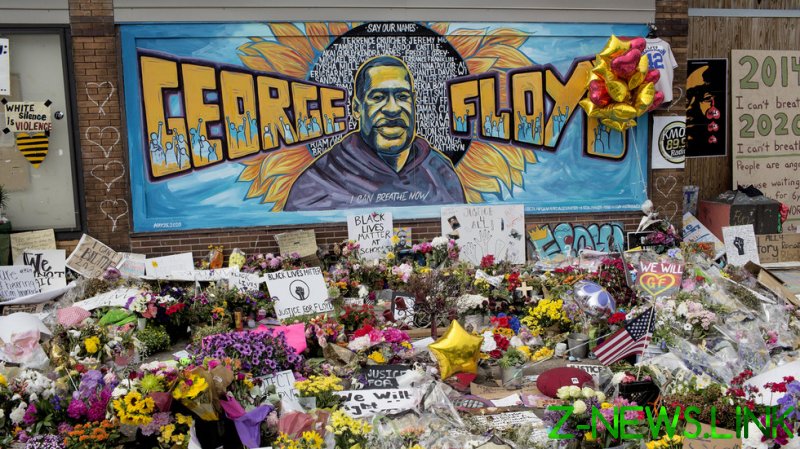 AP Journalist Philip Crowther was on the scene on Tuesday morning as shots echoed over the intersection. Bystanders ducked and fled, as dozens of shots were heard nearby.

The Minneapolis Police Department told the media that one person suffered minor injuries, and Crowther said that he noticed one storefront hit by a bullet. According to Crowther, bystanders smashed a journalist’s phone when they noticed her photographing the damaged store.

Large crowds were expected at the square on Tuesday, which marked a year since Floyd was killed by former Minneapolis Police Officer Derek Chauvin. Since the fateful incident, the intersection has remained blocked to traffic, and has become a spot for supporters of the Black Lives Matter movement to visit in homage to Floyd.

Alternately dubbed ‘George Floyd Square’ or the ‘George Floyd Autonomous Zone’ by these protesters, the intersection has been draped in Black Lives Matter flags and daubed with anti-police graffiti, with some dedicated supporters of the BLM movement even performing baptisms there.

Over the last year, four fatal shootings have taken place at the square, and some angry locals have demanded that Mayor Jacob Frey reopen the roads there to traffic. However, while Frey has stated that the intersection “will not and cannot be an autonomous zone,” he also said earlier this year that it will not go back to normal.