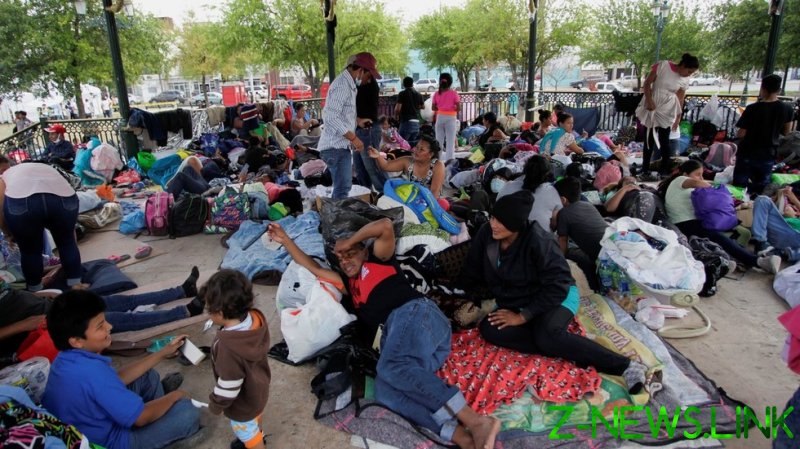 State, National Guard and army security forces were sent to Reynosa in response to the shootings. One person was arrested, and three vehicles involved in the shootings were seized, police said.

“We ask the security forces to clarify the unfortunate events where 12 people lost their lives and three more were injured,” Reynosa Mayor Maki Esther Ortiz Dominguez said on Twitter Saturday evening, before the full death toll was known, “and protect citizens from these violent acts.”

Mexico is plagued by cartel violence, which contributed to a record-high 34,681 murders in 2019 and more than 34,000 homicides again last year. With cartels fighting over control of smuggling routes, Reynosa ranks as one of the country’s most dangerous cities. In fact, it ranks as the 42nd-most dangerous city globally, according to WorldAtlas.com.

With illegal migration traffic into the US surging since President Joe Biden took office in January, the Reynosa-McAllen crossing has emerged as a hotspot in America’s border crisis. A video leaked to undercover-journalism outfit Project Veritas in March showed dozens of migrants, including small children, fenced off and laying in the dirt under the Anzalduas International Bridge, on the Texas side of the border. US Customs and Border Patrol (CBP) officers were reportedly using the area as a makeshift migrant-processing center.

Texas Governor Greg Abbott last week announced that the state will build its own border wall and begin making mass arrests of illegal aliens to help secure the region. He said that under Biden’s policies, unprecedented numbers of migrants are crossing into Texas resulting in increasing home invasions, drug-trafficking, human-trafficking and damage to crops and livestock.

56 Republican members of Congress sent a letter to Biden on Thursday, urging him to replace Vice President Kamala Harris as the border czar in charge of addressing root causes of the crisis. Harris has drawn the ire of conservatives, having failed to visit the border since she was appointed to her role in March and making a series of gaffes, such as when she cackled after being asked if she planned to travel to the border.

“We have all made mistakes in hiring and understand when someone else needs to be assigned to a task,” the representatives said. “We sincerely urge you to find someone else in your administration to assist you in getting a handle on this border crisis.” The Congress members also reminded Biden that he said at the time he appointed Harris that he could think of “nobody who is better qualified to do this” – a statement that they said has proven erroneous.

The CBP encountered a record 180,034 people from about 160 countries crossing the US-Mexico border in May, up nearly eightfold from the same month a year earlier. Border officials estimate that an additional 1,000 migrants a day are crossing into the US without being detected.