Home / business / Shooting in Knyazhychi: new details of the tragedy

Shooting in Knyazhychi: new details of the tragedy 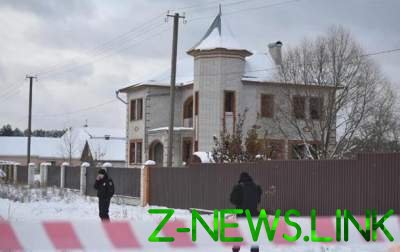 In the case of death of five police officers in the Prince is preparing a presentation of eight suspicions.

In the case of perestrelki the village knyazhichi, Kiev region, which killed five police officers, in addition to the previously awarded three police officials of suspicion in addition, prepared a presentation of eight. This was announced by Prosecutor General Yury Lutsenko on his page in Facebook.

“Into the killing of 5 employees of the interior Ministry in the village knyazhichi, abuse of power and negligence of employees of the National police declared suspects the former chief of the criminal investigation Department of Kiev smoke, former Deputy chief of the criminal investigation Department of regional Department Marinovsky, a senior inspector of the Cord Kurti. Plan presentation 8 suspicion, ” wrote the head of the GPU.

We will remind, in a shootout in Prince 4 Dec 2016 killed five militiamen. After the tragedy, was dismissed eight people.