Shooting at synagogue in the United States: new details. Video 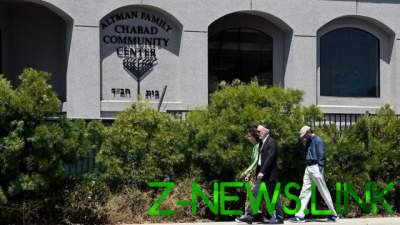 As we previously reported, on the eve of Easter in southern California have been cynical crime: an attacker with a gun entered a synagogue and opened fire on the believers.

It was noted that the culprit was a 19-year-old local resident, who was previously under investigation in connection with the arson.

It is reported that the shooter came to the synagogue with a semi-automatic rifle AR-15, it was also a flak jacket and helmet, and his victims were 60-year-old woman. Injured the Rabbi, a man and two little girls, one of which wounded a person.

For a couple of hours before the attack the shooter, calling himself John Ernest, published online Manifesto. which referred to the murder of Jews. Ernest wrote about the planning of the attack and referred to other attacks on houses of worship, including a synagogue of the Tree of Life in Pittsburgh, as well as the shooting of a mosque in New Zealand.

The shooter also wrote of his contempt for the Jews and assumed responsibility for the fire in the mosque in ESCONDIDO, which occurred a week and a half after the attacks in Christchurch. It is also reported that the attacker was caught by the guards, the arrow is now being questioned.