Home / WORLD / Shooting at Independence Day parade in US (VIDEO)

Shooting at Independence Day parade in US (VIDEO) 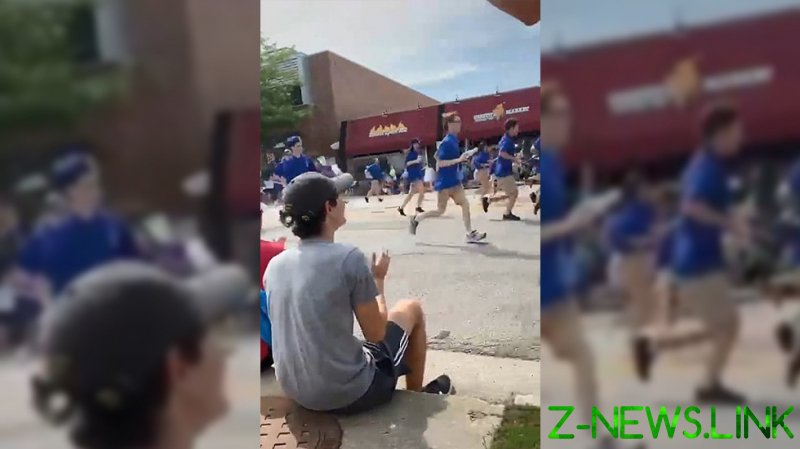 Five people have been killed and 16 more wounded in a shooting that hit an Independence Day parade in Highland Park, Illinois, the local media reported on Monday, citing authorities.

The shooting took place about 10 minutes after the parade began at 10am local time in the Chicago suburb. Police urged people to disperse and were seen patrolling the area with rifles in search of the shooter.

A video has surfaced online, showing people running in panic as they hear shots being fired during the celebrations.

Highland Park Mayor Nancy Rotering tweeted that the town’s Fourth Fest had been canceled and asked residents to avoid the downtown area.

Sources cited in local media claimed the shooter may have been firing from atop a high building.

Several neighboring communities, including Deerfield, Evanston, and Skokie, have canceled their Fourth of July events “out of an abundance of caution.”

Illinois congressman Brad Schneider, a Democrat, tweeted that he had been at the start of the parade route when the shooting broke out.

“Hearing of loss of life and others injured,” he said in a tweet.

The shots were fired around Central Avenue and Second Avenue along the parade route in downtown Highland Park, an affluent suburb to the north of Chicago. While its urban neighbor is infamous for high levels of gun violence, Highland Park itself is generally viewed as remarkably safe, with violent crime rates 75% lower than the national average.