Home / WORLD / Shooter walks into birthday party in Colorado Springs, murders his girlfriend and five others before killing himself – police

Shooter walks into birthday party in Colorado Springs, murders his girlfriend and five others before killing himself – police 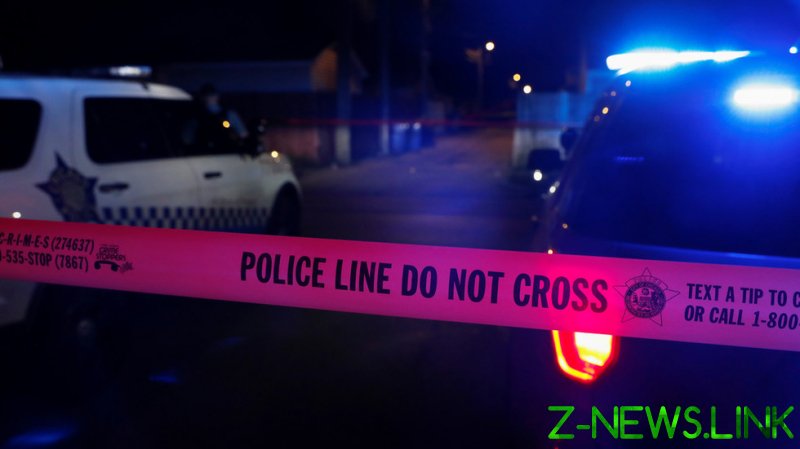 The incident occurred shortly after midnight on Sunday at the Canterbury Mobile Home Park, just west of Colorado Springs airport. Police said the suspect drove to the residence, walked inside and began shooting his girlfriend and other people at the party. The children who were in the trailer at the time were uninjured.

“From the officers who responded to the shooting to the investigators still on scene, we are all left incredibly shaken,” Colorado Springs police chief Vince Niski said in a statement.

“This is something you hope never happens in your own community, in the place that you call home. When these types of unspeakable acts happen, there is nothing that can be done to fully rebuild what was lost or replace those who are no longer with us.”

The names of the victims and the alleged shooter haven’t been released, pending official identification of the bodies and their cause and manner of death by the coroner, police said. Children at the trailer lost their parents and were sent to stay with relatives.

The shooting was made all the more devastating by the fact that it occurred on Mother’s Day, Colorado Governor Jared Polis said in a statement. “Multiple lives were taken today by this terrible act of violence – families torn apart, and at a birthday party, no less,” he said. “My deepest condolences and prayers are with the victims, their families and everyone else impacted by this tragedy.”

Police said they are investigating the shooter’s motive. Six of the deceased were found dead at the scene, while one man died after being taken to a local hospital.

Colorado has repeatedly been rocked by mass shootings, including the Aurora theater incident that killed 13 in 2012 and the Columbine High School tragedy that left 13 dead in 1999. Ten people were killed at a Boulder supermarket in March, when a Syrian-born man went on a shooting spree.