Home / WORLD / Shoot Covid-19 with guns? Comedian Rob Schneider roasted for idea that right to arms should be used against ‘coercive’ vaccination

Shoot Covid-19 with guns? Comedian Rob Schneider roasted for idea that right to arms should be used against ‘coercive’ vaccination 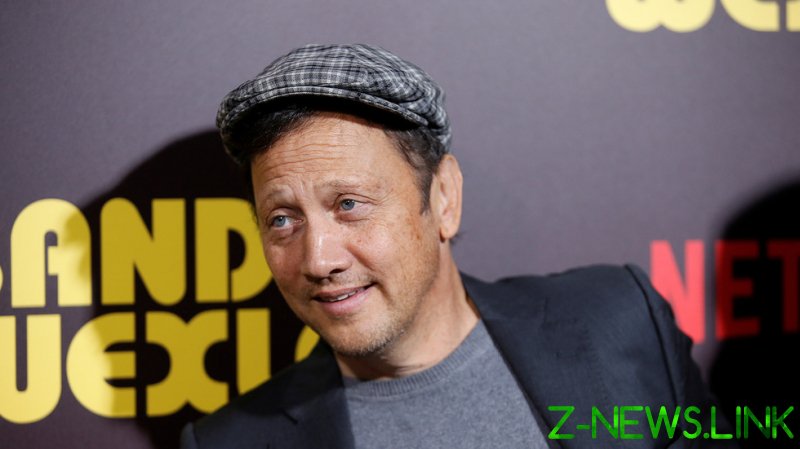 On Saturday, Schneider fumed over the news that Pfizer wanted to introduce a new Covid-19 booster shot, making full vaccination against the virus a three-dose procedure. On Twitter, the comedian urged his followers to “just say no” to the vaccine.

“Over Half of the US population is continuing to say no to this unapproved experimental gene therapy! ‘My body, my choice!’ #2ndAmendmentIsForThis,” he wrote.

In a follow-up message, he condemned the “unprecedented coercion” purportedly being used to push Americans to get vaccinated. Hospitals across the United States are requiring workers to get the shot, and similar policies have been adopted by more than 500 colleges in the country. While the vaccine remains voluntary for most Americans, President Joe Biden’s recent pledge to “knock on the doors” of those who haven’t yet had the shot has raised eyebrows.

One comment wondered whether the comedian was suggesting that Americans “shoot” Covid-19, rather than getting inoculated against the virus.

“The second amendment is for… voluntary vaccinations? You want to start a civil war to protect a virus?” read another unimpressed reply.

Others said that Covid-19 vaccines, which have received emergency use authorization in the US but are still awaiting Food and Drug Administration (FDA) approval, are perfectly safe and that Schneider was endangering lives by suggesting differently.

Some also accused Schneider of spreading disinformation by characterizing mNRA vaccines as a form of “gene therapy.” While medical experts have repeatedly stressed that the Pfizer and Moderna vaccines have nothing to do with gene therapy, it’s understandable why some might be led to believe otherwise. The scientific literature on mNRA technology refers to its potential use as a vehicle for “gene delivery.” For example, the American Society of Gene and Cell Therapy described Covid-19 mRNA vaccines as a “milestone for gene and cell therapy.”

In February, the World Health Organization cited the “genetic approach” to Covid-19 vaccine development, perhaps adding to the confusion.

Not everyone booed the comedian, however. Numerous comments thanked Schneider for speaking out, with one person describing him as a “voice of reason.”

The Twitter drama comes as countries around the world begin to ramp up vaccination drives. Some have made it a requirement for people working in certain sectors to receive the vaccine, leading to criticisms that such coercive policies violate human rights.