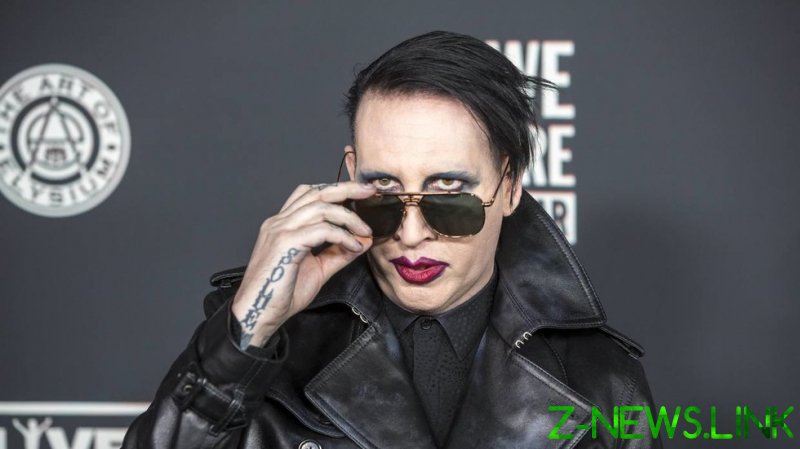 Wood met Manson when she was 18 and he was 36, and began a relationship with the rock star which lasted from 2007 to their short-lived engagement in 2010.

Wood previously testified before the House Judiciary Subcommittee in 2018 about both sexual and domestic abuse at the hands of a then-unnamed accuser, alleging, among other forms of abuse, “threats against my life, severe gaslighting and brainwashing,” and “waking up to the man that claimed to love me raping what he believed to be my unconscious body.”

She finally named her alleged tormentor on Monday.

“The name of my abuser is Brian Warner, also known to the world as Marilyn Manson,” Wood wrote in an Instagram post. “He started grooming me when I was a teenager and horrifically abused me for years.”

At least four other women, Ashley Walters, Sarah McNeilly, Ashely Lindsay Morgan, and a woman named Gabriella all issued statements alleging similar abuse, including sexual assault and false imprisonment, as well as domestic violence, with several of the alleged survivors claiming to now have Post Traumatic Stress Disorder as a result of their harrowing experiences.

“Obviously, my art and my life have long been magnets for controversy, but these recent claims about me are horrible distortions of reality. My intimate relationships have always been entirely consensual with like-minded partners. Regardless of how – and why – others are now choosing to misrepresent the past, that is the truth,” Manson said in response to the allegations on Instagram

Throughout the multiple allegations, many of the accusers also highlighted the indifference shown by his handlers and management when they came forward with their allegations.

In light of the allegations, Manson has been dropped by his record label, Loma Vista, who will no longer promote his 2020 album ‘We Are Chaos’, and he has had several appearances cut from TV shows ‘American Gods’ and AMC’s horror anthology ‘Creepshow’.

In a 2009 interview, Manson said of Wood, “I have fantasies every day about smashing her skull in with a sledgehammer,” though one of his representatives downplayed it as “a theatrical rock star interview promoting a new record, and not a factual account.”

Prosecutors declined to pursue a case against Manson after a report was filed in May 2018, citing lack of corroborating evidence.

Another of Manson’s former fiancées, activist Rose McGowan, issued a statement in support of survivors of abuse.

Meanwhile, California State Senator Susan Rubio is calling for the FBI and the Department of Justice to investigate the allegations.