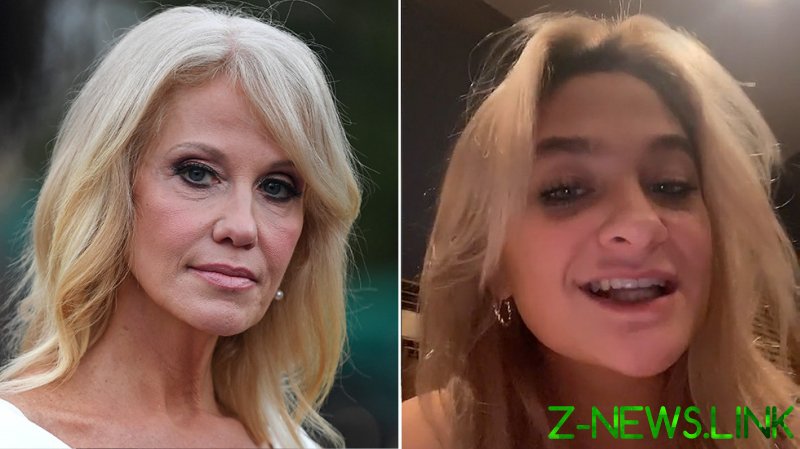 “Like all of you, [Claudia] speculates on social media,” Conway tweeted on Tuesday, after her child’s name began trending, following several controversial TikTok posts.

While Trump and his doctors have said his condition rapidly improved after he was admitted to the Walter Reed Medical Center on Friday, Claudia claimed in the TikTok comments section that he was “doing badly” and that doctors are “doing what they can to stabilize him.”

Kellyanne Conway revealed on Friday that, like Trump, she had tested positive for the novel coronavirus – and, on Sunday, Claudia announced that she herself had contracted it.

As the daughter of a staunch Trump ally and the anti-Trump Lincoln Project co-founder George Conway, Claudia has been seen as a politics-adjacent figure for months. She first went viral in June with posts in support of the Black Lives Matter movement and critical of the Trump administration. In August, her posts were in the spotlight again, after she said her mother’s job “ruined her life.”

Shortly after, both of her parents announced they would take time off work, with Kellyanne Conway saying it was time for “less drama, more mama.”