Home / WORLD / ‘She wouldn’t last a round with me’: Former foe warns ex-UFC pin-up Paige VanZant over bare-knuckle boxing move

‘She wouldn’t last a round with me’: Former foe warns ex-UFC pin-up Paige VanZant over bare-knuckle boxing move 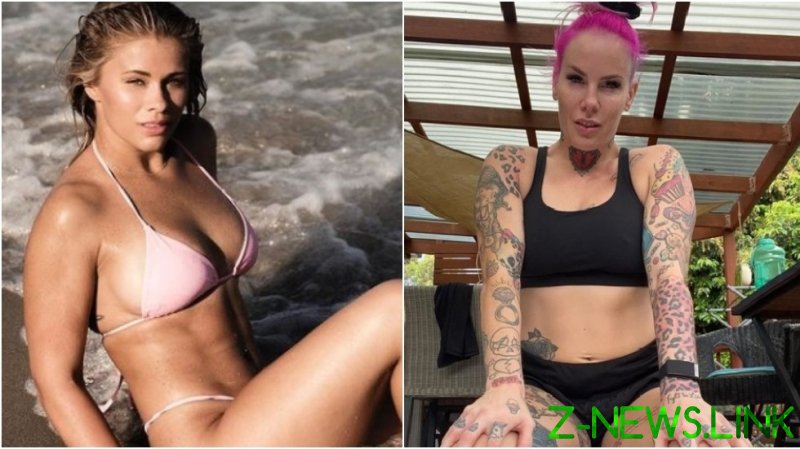 VanZant is set to make her debut in the brutal world of bare-knuckle combat with BKFC in February, following a six-year stay with the UFC which came to an end with a first-round submission defeat to Amanda Ribas back in July.

The MMA poster girl – who boasts 2.7 million followers on Instagram – was not short of options on leaving the UFC, as many speculated that VanZant would end up at rival promotion Bellator MMA, which is home to husband Austin Vanderford.

“Looking at my career, I think I had an equal amount of finishes, submissions and decisions, so for me it was more about, when you look at my career, the one thing that stands out is how tough I am, and I carried that through every single fight,” she added.

“The people who really make it in bare-knuckle boxing are the people who are tough. It’s a sport for only the toughest of the tough, that’s where I want to show my worth and my value.

“At the same I get to utilize and sharpen one of my best weapons, which is my striking.

“I may go back to MMA, but right now I’m truly passionate about bare-knuckle boxing and where this takes me.

“I don’t feel like I have anything to prove, the people I’ve lost to are some of the best in the world.

“For me, its aboutdoing my job and getting paid a ton of money for it.”

But as the expectation builds to see whether ‘12 Gauge’ will make good on those pledges in February, Aussie former bare-knuckle queen Bec Rawlings – whom VanZant defeated in the UFC Octagon via second-round KO in 2016 – has questioned whether the American Top Team star has what it takes with the gloves off.

‘Rowdy’ Rawlings went 3-0 during her own detour to bare-knuckle fighting, but is now back in MMA with Bellator, although she did not rule out the chance of a return to BKFC to take on VanZant.

“With Bare-Knuckle [FC] signing Paige it’s definitely garnered a lot of interest in people wondering if I’m going to fight her,” Rawlings said in an interview with MMA Fighting.

“I would love that fight. I’m sure we could probably try to work something out with Bellator and Bare Knuckle, doing a cross promotion thing. I don’t know, I’d be down for that. We’ll just have to wait and see,” she said.

The 31-year-old Aussie claimed VanZant had been “naive” with her switch, suggesting she was underestimating what it takes in the brutal world of bare-knuckle throwdowns.

“They probably just threw a ridiculous amount of money at her and she’s just seeing dollar signs,” Rawlings said.

“She’s very naive and thinking it’s just two weapons and I don’t think she realizes the skill set it takes, especially in bare-knuckle boxing to not take damage.

“She hasn’t been the greatest with not taking damage. She’s known for being tough and that’s because she takes a beating. I just don’t think she’s thought it through. I think after her first fight, whoever that is, I think she’ll probably realize that bare-knuckle boxing isn’t the sport for her.”

Rawlings added that her 2016 defeat to VanZant still “sits in the deep pit of my stomach,” but that if the pair did meet with the gloves off the result would be very different.

“She’s never been a great boxer. She’s been a great grappler. A very good kicker. But boxing is a different game,” Rawlings said.

“I definitely feel like she wouldn’t get out of the first round with me [in bare-knuckle]. I’m very confident in that fight and I’d love to avenge my losses as best I could.

“Obviously it’s not MMA, it’s not avenging it completely but I would definitely love to fight her again.”