‘She was my friend’: Baldwin breaks silence on ‘one-in-a-trillion’ set shooting, says movie had ‘well-oiled crew’ 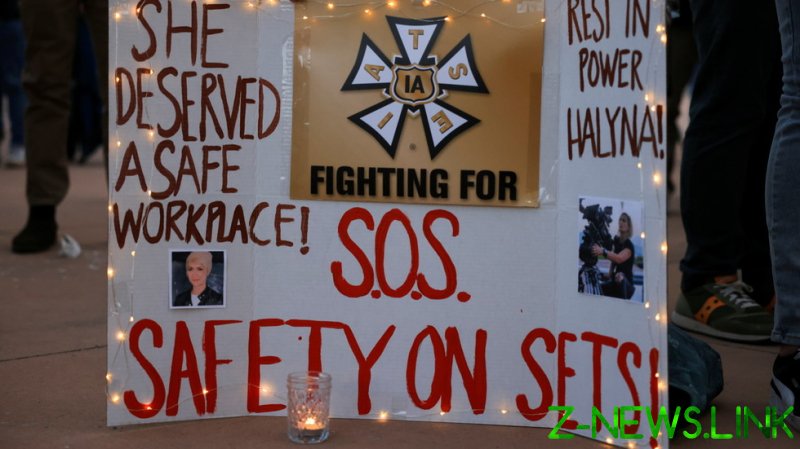 “There are incidental accidents on film sets from time to time, but nothing like this. This is a one in a trillion episode,” Baldwin told gathered press on Saturday.

Hutchins died earlier this month after Baldwin fired a live round from a weapon while filming the movie ‘Rust’ in New Mexico. Hutchins and director Joel Souza were both struck. Hutchins later died from her injuries, while Souza was hospitalized, but has since been treated and released.

Reports have suggested ‘Rust’ was a production plagued by safety issues. Law enforcement has said they suspect more live rounds besides the one fired were present on the set, and the film’s armorer, 24-year-old Hannah Gutierrez-Reed, has blamed producers for a rushed schedule that did not give proper time for safety training. Baldwin is one of the movie’s producers and insisted over the weekend it was a “well-oiled crew.”

Four people, including Baldwin, handled the gun that ended up being fired, and law enforcement said they have not ruled out charges in relation to the fatal shooting.

Asked about safety on film sets and whether he would ever work on another movie that involved firearms, Baldwin said that an “ongoing effort to limit the use of firearms on film sets is something I’m extremely interested in.”

I’m not an expert in this field so whatever other people decide is the best way to go in terms of protecting people’s safety on film sets I’m all in favor of and I will cooperate with that in any way that I can.