Shannen Doherty will play in the new “Beverly hills 90210” 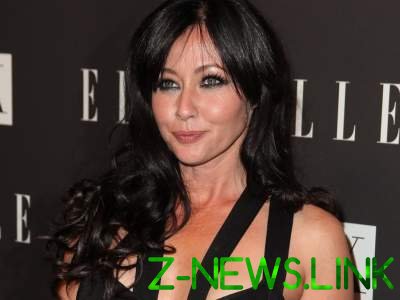 48-year-old Hollywood star Doherty, who left her acting career because of cancer, returns back to the screens. The celebrity has officially confirmed the participation in the continuation of the series “Beverly hills 90210” (Beverly Hills, 90210).

About restarting the cult film became known at the beginning of 2019. However, due to the death of one of the actors from “Beverly hills 90210” Luke Perry talking about the filming stopped.

However, recently Shannen Doherty on his official page in Instagram confirmed that it will appear in the series. According to her, the film will get a slightly different name – “БХ90210” (BH90210).

Yes, it’s official. Actually the question is … Will we wearing these outfits? – wrote a humor Daugherty.

To the post, she added archival photo with his colleagues on the set. All of the stars “Beverly hills 90210” appeared in the photograph in the summer youth clothes in the style of the nineties.

It is not known whether Doherty’s comfortable to go back to the set. All because of the wayward star for 4 seasons of “Beverly hills 90210” had rather tense relations with colleagues. And it concerned not only the cast but also the entire creative team. Because of the numerous scandals Doherty was fired and her character Brenda Walsh has not appeared in the final season. The absence of one of the favorite characters of the authors of the project explained the girl training in Paris.