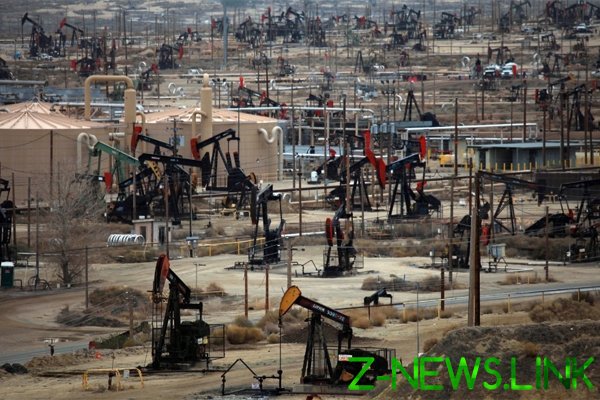 “It strengthens the country’s position as the world’s largest producer of both fuels. By 2025, the total volume of oil shale mining in the US – oil and gas – will surpass the total production of oil and gas in Russia,” – said Birol.

Ultimately, the increase in the production of “black gold” in the United States will reduce “the share of OPEC countries and Russia in total oil production”, – predicts the head of the IEA. “Their share will decrease from 55% in the mid-2000s years to 47% in 2030. This means that efforts to regulate conditions in the oil market may face serious constraints,” warned Birol.

“Rapid extraction of shale gas in the United States has transformed the global LNG market through diversification of supply and increased flexibility, – the head of IEA. – This helped to accelerate the switch from coal to gas for electricity production in the world.”

“And this, in turn, has led to a reduction in global emissions of carbon dioxide. In particular, in Europe, growing imports of LNG from the United States led to lower gas prices, which has helped European countries to reduce the amount they pay for gas from Russia at $ 8 billion per year,” said Birol.

The decline in gas prices has more for us LNG companies

However, it is worth noting that for the benefit of American LNG producers is a benefit not matter. Recently, Spain’s Repsol SA and Endesa SA declined from 200 million cubic meters of gas, which was supposed to purchase contract with Cheniere Energy. But pay with an American partner they will have. The fact that Cheniere sells not so much the gas as services for liquefaction. Customers must pay regardless of, they take LNG or not.

Rate of the plant in Corpus Christi, where Repsol and Endesa were to receive liquefied natural gas, 3.5 million per million British thermal units (MBTU). So the Spanish company has lost tens of thousands of dollars. And more lightly, since avoided much larger losses.

According to the energy information Administration of the United States, now gas in the country is 2.02 dollar per MBTU. American LNG to the buyer additionally has to pay for liquefaction (us $ 3.5 per MBTU) and transportation to Europe (plus one dollar). As a result, the fuel would cost Spanish companies more expensive six dollars per thermal unit, or 211 dollars per thousand cubic meters.

On the exchange the European gas TTF prices twice lower— $ 105 per thousand cubic meters. Thus, abandoning the us in favour of LNG supplies to the European market, Repsol and Endesa have saved hundreds of thousands of dollars.

Experts believe that the example of the Spaniards, followed by other European companies. “As the price advantage supply from the US has virtually disappeared, the waiver was only a matter of time”, — the analyst of the American Center for strategic and international studies Nikos Tsafos.