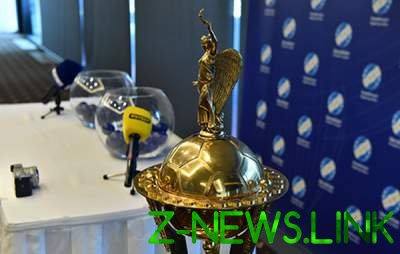 In the capital House of football was held the draw for the 1/4 finals of the Cup of Ukraine.

To the quarterfinal stage of the Cup got five representatives of the Premier League (the holders Shakhtar, finalist of the “Dynamo”, “Veres”, “Vorskla” and “Mariupol”). The first League was represented by “gum” and the other “lions” and “Dnepr-1”.

In the end, the hand of the ex-defender “Dynamo” and national team of Ukraine Vladyslav Vaschuk in the 1/4 finals of the Cup of Ukraine was sformirovali the following pairs:

The results of the draw 1/4 finals of the Cup of Ukraine:

Thus, in the Ukrainian Cup semi-final is guaranteed to be representative of the Second League.

According to the regulations of the Ukrainian Cup 1/4 final teams will play one match. If in the main time of the game the winner is decided, the quarterfinalists will play two overtimes of 15 minutes and, if necessary, will hold a penalty shoot-out.