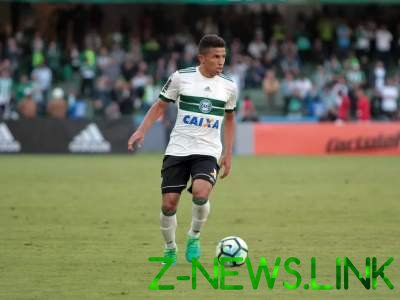 Champion of Ukraine Shakhtar will sign a defender “Curitiba” Dodo.

The interest of Shakhtar to 19-year-old Brazilian became known a few days ago, and now the portal Uol.com.br reports that “Curitiba” has accepted the offer of the Ukrainian club. In the struggle for Dodo Shakhtar managed to beat Benfica.

For Dodo, the Pitmen will pay approximately two million euros. In addition, “Shakhtar” in the case of resale of the defender shall be obliged to pay “Curitiba” a certain percentage of the transaction.

See also:  The Championship Of Ukraine "Dynamo" - "Shakhtar". The announcement of the match

In the face of Dodo Shakhtar sees a replacement for the longtime team captain Darijo Srna, who, because of a doping scandal halted his career waiting for a verdict in his case.

For a place in the starting lineup the Ukrainian Grand Dodo will compete with defender of Ukraine Bohdan Butko.

Dodo is a graduate of the “Curitiba”. To the main team, the Brazilian was to podpisatsja since March last year. In all competitions, the defender played 43 games in which he gave three assists.

Since September of last year Dodo on a regular basis, the national team of Brazil U-20.