Home / Game / Shadow of the Tomb Raider got a fifth addition

Shadow of the Tomb Raider got a fifth addition 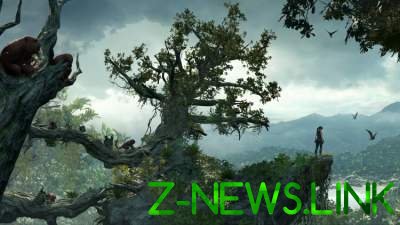 In total, the Season Pass promised seven such additions.

Publisher Square Enix and developers Eidos Montreal team are continuing the promised support of his action adventure Shadow of the Tomb Raider within the Season Pass. After previous expansions, “the Forge” (The Forge), “Pillar” (The Pillar), Nightmare (The Nightmare) and the “Price of survival” (The Price of Survival), announced the addition of the “Heart of the serpent” (The Serpent’s Heart).

In total, the Season Pass promised seven such amendments, each of which brings its tomb, suit, weapon, skill, many side story assignments, and other innovations. In the latest Chapter of Lara Croft will go to the tomb “Glove killer” to help the rebels against the sectarians. Suit the latest it will again be useful to get into the mountains located in the lair of the villains.

In the process of passing the player will receive a costume “Scales of the dragon”, which reduces damage from fire, prevent errors acrobatics, accelerates the recovery of health. Also Lara will get unusual bow “Snake whip” and the skill “Divine gift”, which will allow you to collect more loot from the bodies of slain enemies. Trailer reports that the Supplement is already available in the game.

By the way, recently Square Enix reported on the performance in the third quarter of 2019 financial year. President Yosuke Matsuda (Yosuke Matsuda) among others noted that the Shadow of the Tomb Raider did not fully meet commercial expectations due to lack of in-game novelty. However, the sale of the last part of the adventures of the British tomb raider proved to be satisfactory. The global circulation by the end of the reporting quarter reached 4.12 million copies, and it is expected that action will continue to make money.

Shadow of the Tomb Raider went on sale September 14, 2018 on PC, Xbox One and PlayStation 4.