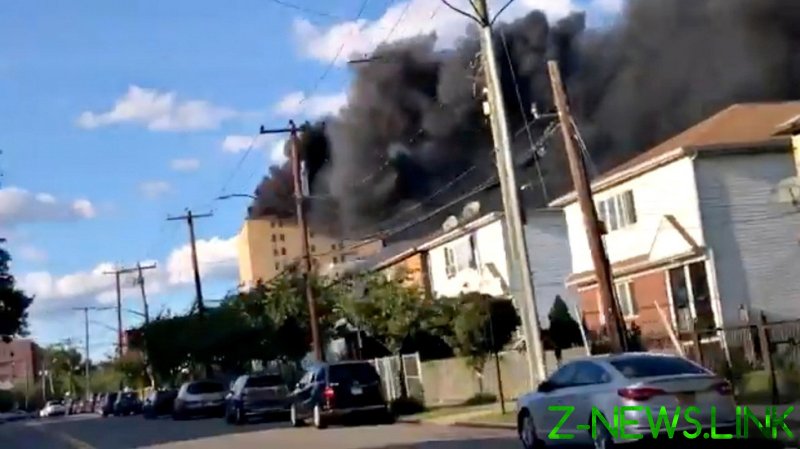 Fire crews rushed to the hospital in Queens’ Far Rockaway neighborhood around 5pm on Friday, a FDNY spokesman told local media, noting that around 100 emergency workers were responding to the two-alarm fire.

Footage purporting to show the conflagration has circulated online, with a colossal column of thick black smoke seen billowing from the hospital’s roof as flames erupted from upper-floor windows.

After about an hour, however, the fire was fully extinguished, according to officials cited by the Times. The scare triggered a partial evacuation of the building, including the hospital’s emergency room, according to the Times. Several patients that were in the ER as the fire broke are expected to be transported to other hospitals to continue treatment, local media reported, citing a source with the city’s emergency service

Founded in 1905, St. John’s Episcopal has a 257-bed capacity and is the only hospital providing emergency and ambulance services to the densely populated Rockaway peninsula and other neighborhoods in southern Queens.