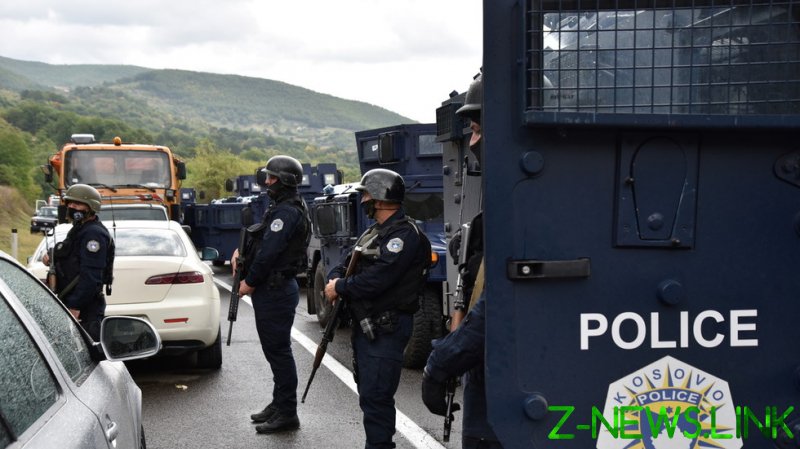 On Wednesday, Kosovan police undertook raids against smuggler gangs across the northern part of the country, notably the divided town of Mitrovica, where special officers faced oppositions from local Serbs.

A police statement said the raids took place in four areas, most of which are populated by the country’s Serb minority. Pharmacies and shops were among the locations raided by the authorities.

Video footage shows Kosovan police firing tear gas to disperse crowds in and around the town; according to media reports, stun grenades were also used. Serbs made roadblocks and fought back by throwing projectiles at the special forces’ trucks.

A truck and coach were seemingly used in the village of Zvecan, which sits north of Mitrovica, to prevent law enforcement moving towards the town.

Online media outlets suggested that there had been a number of injuries.

Reports suggest that Serbs were setting cars with Kosovan registration plates alight in an effort to “cause chaos.” Footage shows vehicles on fire while hooded and masked men stand nearby.

While Kosovo unilaterally declared independence from Serbia in 2008, some 50,000 Serbs still reside in the northern area of the country; many of them refuse to recognize Pristina’s authority and claim Belgrade is their capital.

Tensions between the two governments were heightened in recent weeks, with tanks and military vehicles deployed to the border area in a row triggered by dispute over vehicle licence plates. Both sides agreed to de-escalate the situation in late September.