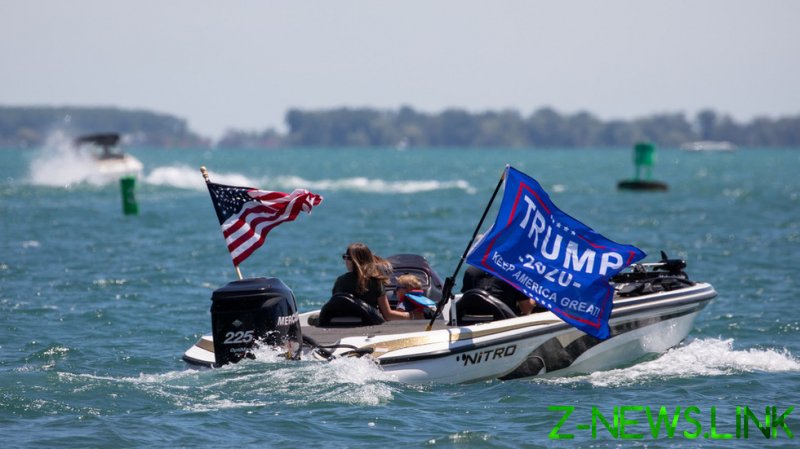 Multiple emergency calls were made Saturday afternoon regarding boats appearing to be in distress at the Trump Boat Parade on Lake Travis. The sheriff’s office noted that there were calls along the entire route of the parade, but it didn’t report the number of boats that were affected or the reason for the sinkings.

Austin-Travis County EMS (ATCEMS), the Austin area’s rescue services provider, said it was not involved in any of Saturday’s boat-sinking incidents. “No injuries or medical emergencies have occurred as a result of these incidents, and ATCEMS has not been requested to respond to any of them.”

A group called Boaters for Trump, which supports the re-election of President Donald Trump, has had a series of boat parades across the country this summer. At least 2,400 people were expected to participate in Saturday’s event at Lake Travis, according to Austin NBC affiliate KXAN.