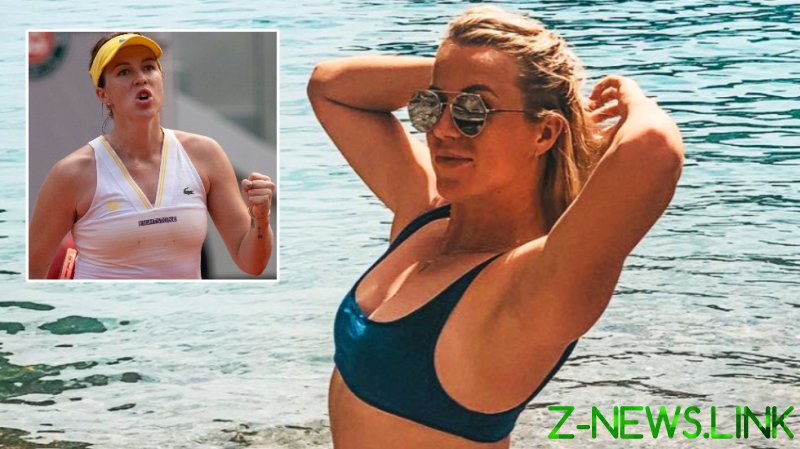 More than a decade after suffering an agonizing defeat when she was on the brink of the semifinals, the 29-year-old came from behind to beat her Kazakh friend and doubles partner Elena Rybakina, prevailing with a 9-7 tie-break win in an epic final set that has been already been dubbed a classic by the WTA.

She also lost at the same stage of the US Open and Wimbledon before a hat-trick of quarterfinal losses at the Australian Open in 2017, 2019 and 2020.

“What a rollercoaster,” Pavlyuchenkova reacted after moving within a win or two of her first career final and Grand Slam title.

As well as becoming the first Russian to reach that stage since Elena Vesnina at Wimbledon, she will also be the first woman from her country to reach a singles final since that same year should she beat Tamara Zidansek in her next outing.

After triumphing over Victoria Azarenka in the fourth round, Pavlyuchenkova attempted to compare her current self, a month away from her 30th birthday, with her development 10 years ago.

“Anastasia was an absolute child, especially emotionally,” she reflected on her earlier self.

“And now Anastasia, in my opinion, is showing smarter tennis – more confident.

“And she is more confident in herself and her strengths: she is already an adult.”

“I hope that Pavlyuchenkova has set an example for all our young girls. She showed that it is not only about earning money, but also learning how to play winning tennis.

“Thanks to her, we want women’s tennis to wake up and follow the path of [male contenders Andrey] Rublev, [Daniil] Medvedev and [Aslan] Karatsev.

Referencing Russian stars who have relocated to the US to develop their talents, he added: “We have all the conditions for preparation in our country – it is not necessary to flee from here.”

“I try to take it as another match that I won in this tournament, and I’m not going to change any routines,” Pavlyuchenkova said after her dramatic victory.

“So tomorrow, I’m just going to go do my cool down, treatment, and tomorrow I’ve got a doubles to play with Elena. We’re going to warm up together and play normal doubles, and nothing’s going to change for me.

“I have been putting a lot of work in and I really, really wanted the results so badly, like since the clay court season started, but I didn’t expect that it would come sort of so quick.

“I have already had the good run in Madrid [reaching the semifinals] and now it’s here, my best result so far at a Grand Slam.

“Right now, I just care about my body. I hope I’m trying to hang in there and be in the best shape possible for my next match.”