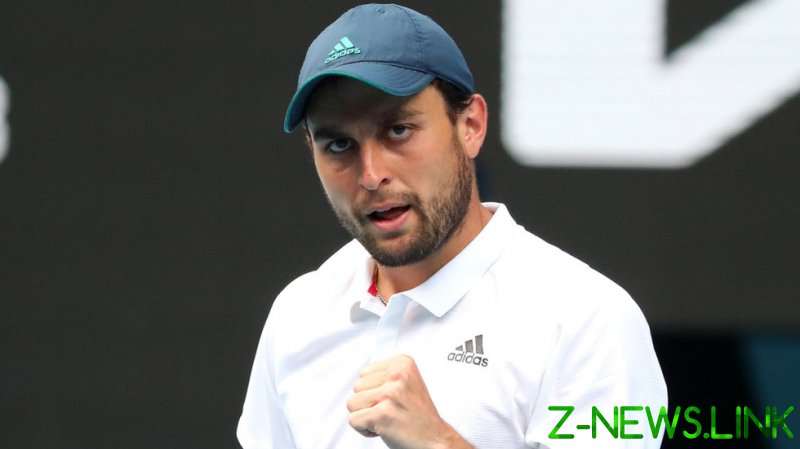 Little-known before the start of this year, Karatsev confirmed that his sensational run as a qualifier to the semi-finals of the first Grand Slam of 2021 was more than a purple patch, beating Lloyd Harris 6-3, 6-2 to win his latest event as an underdog.

That gave Karatsev his first tour title at the age of 27 and ensured that the last seven non-Grand Slam ATP tournaments have been won by a Russian, after ATP Tour Finals champion Daniil Medvedev and Andrey Rublev swept the last six.

Top-10 players Medvedev and Rublev had already won tournaments this year, but Karatsev’s immense success is astonishing given that he was ranked outside of the top 250 players in the world as recently as last August.

“Karatsev is a mature top tennis player,” Russian Tennis Federation boss Shamil Tarpischev told Championat, reflecting on a further boost for the newly-crowned champion that will elevate him several places from his rank of 42 at the start of the tournament.

“He is already in the top 30, and by the end of the year he may be in the top 20 with such a game. This is work. This year he will continue to be on the rise.”

Tarpischev said that Karatsev could be compared with Marat Safin, the Russian two-time Grand Slam champion and former world number one.

“It was a difficult match,” said Karatsev, who saved a number of break points and hit 27 winners.

“I was very nervous. You never know when success will come. I did a good job with my team, with my coach, and it has happened now.

“I’m very happy with my game. At the beginning of the year, I was pleased with how I performed in the semi-finals of the Australian Open, showing a high level.

“After the Australian Open, I continued to train hard. I came here with more faith than the Doha [Australian Open qualifying] tournament. I spent a fantastic week here and played good tennis.”