Home / Travel / Seven of the most beautiful seas in the world

Seven of the most beautiful seas in the world 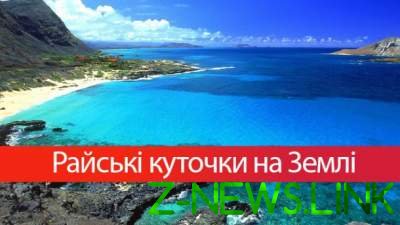 Sea – just the word itself can cause a variety of pleasant associations. For example, the incredibly beautiful sunsets, white sand and attractive depths. Of course, also on the sweet corn and baklava on the Black sea somewhere near Odessa.

Probably every Ukrainian was vacationing on the beaches of the Black and Azov seas. With water resources in Ukraine are very lucky. But the beauty of nature is not confined within the borders of the country.

Not all the seas of the world have the shore, and the square of the seas can be calculated. And in the clean sea of the world Weddel located next to West Antarctica, is generally not permitted. Because almost all of the year it is covered with ice and icebergs.

Understand, in heaven only say that about the sea. How wonderful it is… About sunset, they saw… On how the sun, plunging into the waves became crimson as blood. And felt that the sea has absorbed light energy into itself, and the sun was tamed, and the fire was already waning in depth. And you?.. What will you tell them? After all, you’ve never been to the sea – a quote from the film “to reach heavens”.

And so we have something to talk about, not only in heaven, but was something to remember after the holidays, we offer you to learn about the 7 most beautiful seas of the world. At least one of them is worth seeing in my entire life.

The red sea is the cleanest of those that you can swim. This is despite the fact that quite close from the sea, is the Suez canal, and therefore oil tankers. And all because the ecosystem of the red sea has the ability to fully recover in record time.

Another reason for the purity of the sea – sea does not fall into any one river, which could bring mud and sand. The size and purity is not the only reason to visit this sea. The red sea is one of the most warm and salty seas (it ranks second after the Dead). 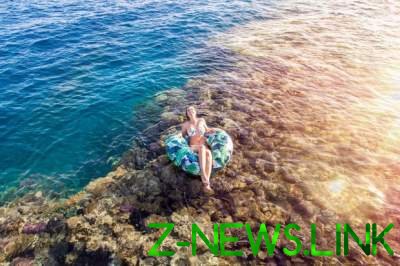 The name of the sea is not accidental. The sea is so called because of the unusual reddish water. Why water has such a color is not exactly known. Environmentalists argue that probable cause – algae, which give red color to water. But other researchers provide a more banal reason: the red color occurs because of the reflection in the water surrounding the rocks.

And another argument why you should visit the Red sea the richness of the marine fauna. It is the sea more than other attracts divers from all over the world. In the sea there are over three thousand different fish species and three hundred species of coral. If you want to feel like a researcher – at the bottom of the red sea is still possible to find wrecks.

One of the largest seas of the world (its area – 2 754 000 square kilometers). The Caribbean sea is located in the Western hemisphere and is part of the Atlantic ocean. Only 2% of Caribbean Islands are inhabited, and all the rest – the vast expanses of nature.

Despite its size, and amazing depth (the deepest point of the Caribbean – 7 886 metres), more sea is famous for its amazing barrier reef. 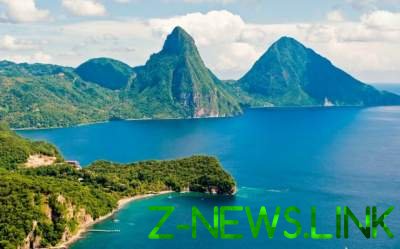 Just imagine: 9% of the world’s coral reefs located in the Caribbean sea! Many tourists come here in search of pearls.

Another feature of the Caribbean is, of course, movies about pirates, which are mostly removed in these waters. It is not surprising, because piracy flourished here since the 17th century.

Today you are unlikely to encounter pirates, except accidentally gets on your film. But to enjoy diving or just heavenly scenery here definitely will.

Among the most popular Mediterranean Islands of Cyprus, Crete, Lesbos, Corsica, Sicily, Sardinia, Malta, Majorca, Ibiza, Menorca and other. 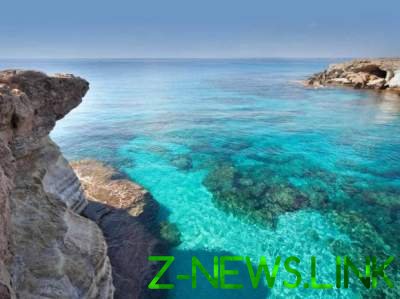 The Mediterranean sea, the island of Cyprus

In recent years, recorded an extremely high contamination of sea water. According to the UN, in the Mediterranean sea is drained annually 650 million tons of sewage, 129 tons of mineral oil, 6 tons of mercury, 3.8 tons of lead. Many marine species are on the brink of destruction. At the bottom of the sea is a huge amount of debris. They are dotted with a large part of the seabed.

Despite the pollution, the tourists come here a lot. The unique climate, beautiful coastline, rich history and culture attracts in the Mediterranean millions of tourists. By the way, is one-third of all tourists in the world!

This sea is one of the warmest in the world. Within a year the Andaman sea, the local people and the crowds clear turquoise water that is not colder than 28 degrees. Spring is here and the water temperature even above 30 degrees.

The Andaman sea refers to the waters of the Indian ocean, it is called “semi-enclosed”. 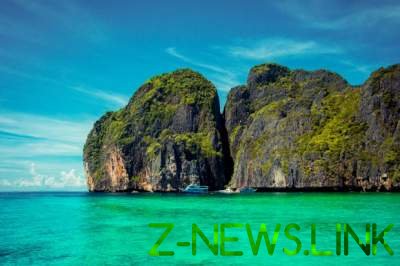 The area of the Andaman sea – 605 thousand square meters. The average depth is just over a thousand meters.

The salt concentration in the sea below than to the Pacific ocean. Therefore, this sea was chosen by fans of diving. Also attractive is that the bottom of the Andaman sea strewn with clean white sand beaches and healing clays. It is for such a “heavenly landscape” and hunts most of the tourists.

The Philippines is one of the largest seas in the world! The area of this sea – 5 726 000 square kilometers. The sea is not only large, but deep. The maximum depth is more than 11 thousand meters.

It is in the Philippine sea, scientists have discovered deep Mariana trench, which still continues to amaze with their riddles and mysteries. It located the deepest point in the world, open people – the Abyss of the Challenger. 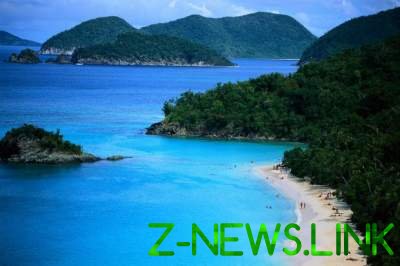 The Philippine sea coast has no clear boundaries. It is separated from the Pacific ocean by groups of Islands.

Philippine sea – a boon for divers and underwater photographers

On the surface of the sea slowly rise from the bottom of the ridges, which reach a length of about 2.5 kilometers. In addition, in some places, you can see a huge volcano, with a height of almost 3 kilometers. However, due to the large depth of the sea, on the surface are few. 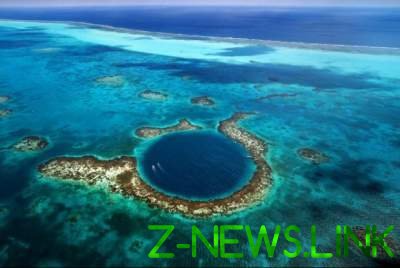 For those who wish to visit the Philippine sea, it should be noted that the favourable period starts from late fall and continues until mid-spring. Because the remaining six months on the Islands almost all the time it rains and stay in danger of being spoiled. So this summer if you do not have time to soak up the sun – it will be a good alternative.

The coral sea is not too smaller than the Filipino. Its area is 4 068 000 square kilometers. The coral sea lies off the coast of Australia and New Guinea.

The name of the sea were not accidental – it is in this sea a large number of coral reefs and Islands. The largest and most famous in the world of the coral reef – the Great barrier reef is located here. 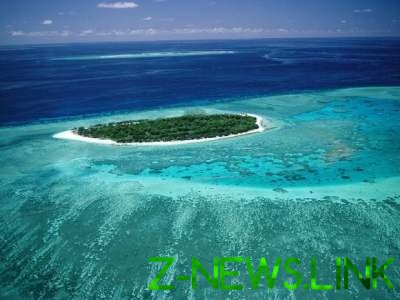 The great barrier reef is a ridge consisting of coral reefs and Islands in the coral sea. The reef is one of the seven natural wonders of the world, it can be seen even from space, and he is more than the Great wall of China.

The coral sea carries a fantastic number of forms of marine life. The attraction of these waters is flying fish, which are jumping out of the water overcomes the air from 20 to 400 meters.

The coral sea is home to flying fish

The Tasman sea is unique primarily for its location – it crosses several climatic zones from tropical, subtropical and temperate. The sea area of 2 300 000 square kilometres. In Telmanovo basin reaches a depth of six thousand meters.

At sea a large number of Islands. The most famous of them – Tasmania is an island located 240 km South of Australia. 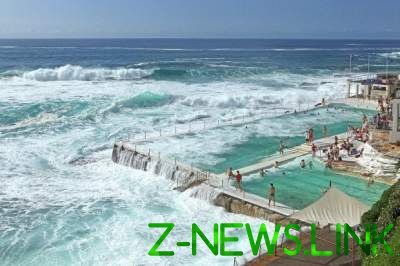 Scientists believe that Tasmania was part of the Australian continent, but later separated. Now it is the largest area of Australian reserves, because there live unique animals. The most famous animal is the Tasmanian devil.

Also unique is the island of ball’s Pyramid is a huge rock, which rises nearly 600 meters above sea level. 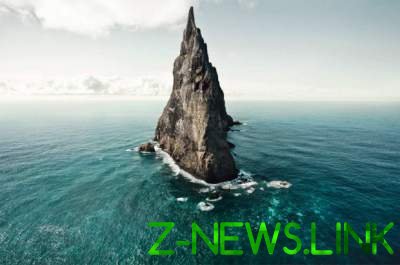 The island of ball’s Pyramid in the Tasman sea