Home / policy / “Serbian spring” is knocking at the door of Russia?

“Serbian spring” is knocking at the door of Russia? 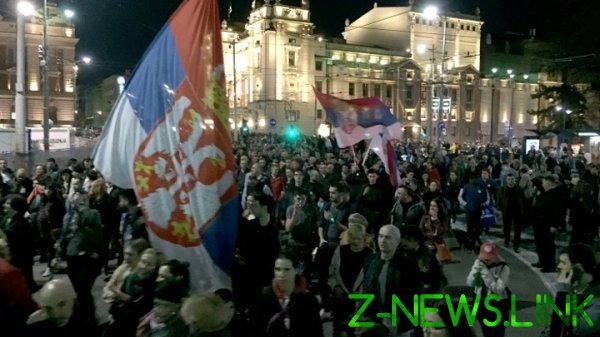 Dissent in Belgrade demand the termination of the Board “bad political regime.” How to be a good — clarity is not among them.

The events in Serbia that happened last weekend, still in the shadow of the political agenda of the West. Surprisingly, almost four months of protests a considerable part of the population against the government and President Vucic not only world leaders and the Western media practically do not pay attention to them. Obviously, on the Paris riots of Serbian civilians many months of standing seem to be just “flowers”. However, the output showed that even “berries” ripen: the opposition began to storm the Belgrade television station, broke in a fight with her police cordon and stormed into the office of the Serbian TV channel RTS. Apparently, many Russians are reminded of the events in Moscow of 1993, which ended with the shooting of the “Communist” Parliament. While in Belgrade, the protesters pelted the building with eggs, and not shot. And the police “forced” the opposition of the television station by force, but without the beatings and blood.

However, the opposition that the heart is not calmed and the next day, Sunday, again went on the attack. Under messages of the Serbian press about a thousand people surrounded the presidential Palace that survived could not get out of it. Ring the police guarding the building from dissenters, was broken, and in front of the residence of the head of the country, the opposition raised the truck with a speaker. As reported by the Serbian interior Ministry, the protesters “physically attacked police officers while trying to break a cordon with a truck.” Part of protesters went to “swing right” in the police station, where eve had been expelled five men arrested for the attack on the television station. Despite the protesters blocking the building, Vucic still left, slicing through the shouts and hooting of the crowd on the car, after protesters wishing “all the best”.

Reviewers (and the curious), the question arises: so what happens for almost four months in Belgrade and other Serbian cities? It is the “Serbian spring”, that is inspired by the West’s “color revolution”? Or “contagious” imitation of France? To these questions yet no one has a clear and confident answer — not they themselves Serbs and international observers and analysts. Apparently, because the protesters themselves still can’t articulate what they want from the current government, and specifically from the President Vucic. The opposition’s demands are changing day by day. It is in the beginning declared that “Vucic thief” and his entourage — corrupt and so the protesters call for his resignation. What they do not like the course, what is Serbia, they are against the President because he is secretly from the people is going to agree to recognition of Kosovo’s independence.

Apparently, the problem of the opposition, which is not even able to agree with itself about the specific General requirements, lies in its multidirectional views about the future of the country. It is known that the head months of confrontation (December 8, 2018) is a motley opposition bloc called the “Union for Serbia”, freshly baked by former Belgrade mayor and leader of the Serbian Democratic party Dragan Djilas. “The Union,” joined about 30 parties and movements. From liberal to target the West, in the European Union and NATO, to left-wing and Patriotic type of national movement of the Serbs from Kosovo and Metohija “Fatherland” and “Together for Serbia”. Most importantly, by and large, what unites them is a burning desire to “reset” Vucic and his Serbian progressive party (SNS) and by steer “correctly”.

However, how exactly? All participants of the political kitchen your recipes. And everyone thinks their the best. Explosive mixture of time travel — integration with the Euro-skeptics, patriots and Orthodox parties with the liberals and the center-right is still (fortunately for the government) is the key to a trampling of the opposition on the spot. “The only requirement that we put forward, — said Branislav Trifunovic (glumac, that is, the actor), an activist of the “States,” is the end of the reign of the bad political regime.” Which is good — none of the dissenters have not yet explained.

Therefore, the incumbent survived so confident feeling and behaving in relation to a kaleidoscopic opposition. After the breakthrough of activists in the television station and “undo” some of the most persistent in police stations, being in the building surrounded by enemies, Vucic has made an unprecedented statement (in his post) to their address channel “Russia-24”: “You prepare the lists of voters, write in them anything… Write, Mara paper circuite, do what you want — you’ll lose the election!” He said he was not afraid of early elections and that the opposition will gather them “on the strength of 17 percent.”

And it all began quite banal. At the end of November last year, before the conference of oppositionists in Krushevets one of the leaders of the “Union for Serbia” Borko Stefanovic and his associates were severely beaten by unknown. The opposition immediately accused of “ordering” the government and almost personally Vucic. “Attack on Borko is an attack on anyone who thinks freely and differently than the government, wrote the former mayor of Belgrade immediately after the incident. — Calls for Aleksandar Vucic and his media lynching has declared open season (hunting) – for all of us. Attack on Borko is a direct consequence of the terrible atmosphere in which we all have to live.” Although, as reported by the Belgrade “Politika”, two beating was immediately found and arrested by the police. He survived and told the media that such political violence in Serbia is unacceptable — it is not “a banana Republic”. But these details already the opposition was not interested. It brought people to the streets, chanting “It started!”, the speakers were loudly talking about “fascism” in Pro-government circles.

The response from these circles came the other day. Vucic, in his statement called one of the leaders of the protest, the head of the party “Dveri srpske” (“Serbian dveri”) Bosko Obradovic “fascist” and former mayor of Belgrade Dragan Djilas and the ex-foreign Minister Vuk jeremić — “oligarchs.” So while the fighting is taking place in the minds and on the verbal level. However, recent events indicate that the locomotive forward flies — non-stop.

Of all the world leaders, I note, so far only Vladimir Putin seriously and publicly attended events in “brotherly Serbia.” (By the way, the protests took place during his visit there late last year. Then to greet him gathered not less than hundred thousand people were brought from all over the country. The picture of the unity of Serbs and Russians were actually touching. However, as can be seen, this PR campaign did not help Uucico to stop the opposition.) Immediately after the visit to Belgrade Vladimir Putin held a meeting with members of the Russian security Council on the situation in the Balkans. High the meeting was closed to press, so we can only guess what it worked. Already from the very fact of such a discussion at the security Council it is clear that the issue for Russia — hot. Almost during Putin’s visit to Belgrade, U.S. Secretary of state Michael Pompeo, talking about the possibility of quick accession to NATO of Macedonia, said: “it is Necessary to reinforce the Balkans against the undue influence of Russia”. While it was clear that it was primarily about Serbia. So maybe already started? 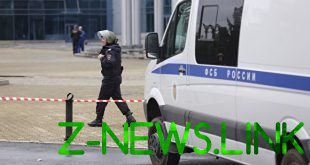 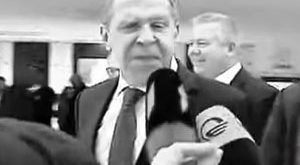