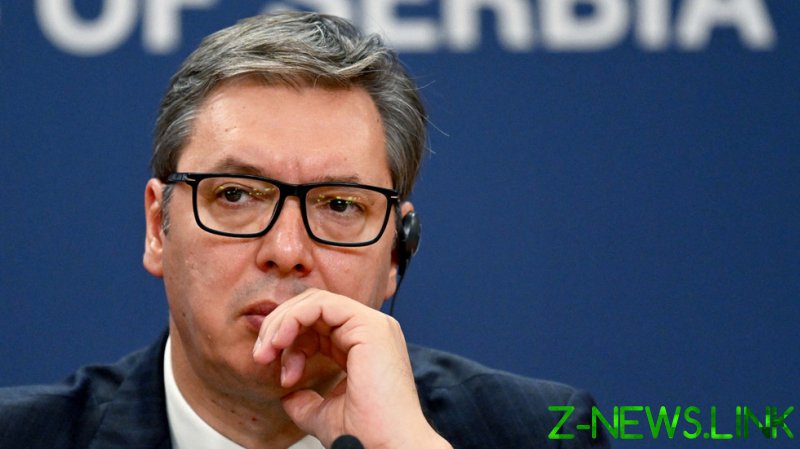 Serbian leader Aleksandar Vucic says he is not overexcited about the recently announced agreement with breakaway Kosovo regarding vehicle license plates issued by Belgrade, arguing that it could be a sign of future pressure on the country.

Under the EU-brokered deal, which was reached in Brussels on Wednesday after several failed attempts, Serbia is expected to stop issuing ‘KM’ license plates for Kosovo cities, while Pristina has vowed to stop persecuting Kosovo Serbs who have Serbian-issued license plates on their vehicles.

Speaking to journalists on Thursday, Vucic argued that this agreement is only a “small tactical victory, which will lead us to an even more difficult situation and more pressure” in the future. “That’s why you can’t see too much joy in me, because I know that difficult times await us,” the Serbian leader said.

Vucic admitted that he is satisfied that the deal has preserved peace for the people and helped avoid endangering the whole of Serbia, but stressed that Kosovo Serbs are “fed up” with the constant pressure and “terror” from Pristina and that the situation in the region is “literally boiling.”

Kosovo is a province of Serbia that NATO occupied after the 1999 bombing campaign. Its ethnic Albanian provisional government declared independence in 2008, with US backing. While the EU has urged Belgrade to recognize the region’s independence, Serbia has vehemently declined to do so, and considers Kosovo to be part of its territory.

The current tensions began when Kosovo PM Albin Kurti announced a ban on Serbian license plates at the end of July, saying it was a “rule of law” matter, sparking violent clashes between Kosovo Serbs and Pristina law enforcement.

Belgrade had warned that the Serbian military would move in to protect the ethnic Serbs in Kosovo if they faced persecution. NATO, which has a contingent of 3,700 peacekeepers in the breakaway region, said it was ready to intervene if violence breaks out.