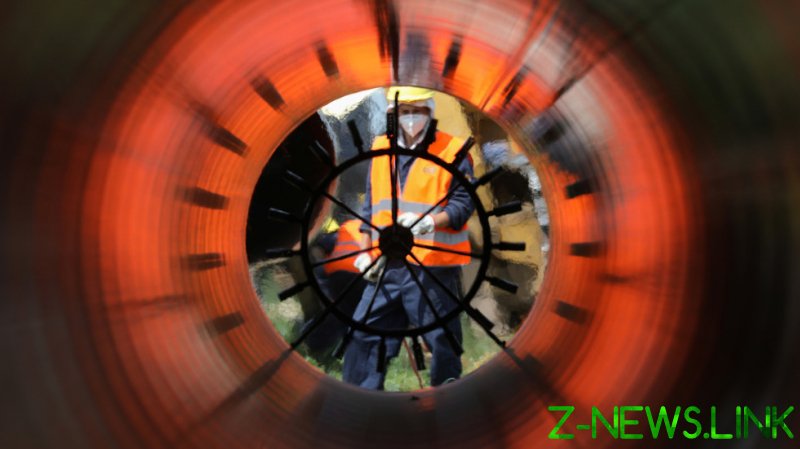 During the official official ceremony, held on the first day of the new year, Vucic said that the country has become “much richer” thanks to the gas pipeline. The price of gas at the Bulgarian border will be around $155 (without additional expenses in the domestic network) compared to the current price of $240, he said.

“With this gas we can ensure investment influx to different regions of Serbia,” Vucic said on Friday, as cited by TASS. “Happy New Year! Thanks to the president of Russia.”

The Balkan Stream was filled with gas on December 30. The 403-kilometer (250-mile) pipeline, with an annual capacity of 13.9 billion cubic meters (bcm) of natural gas, is a part of the TurkStream project that was launched at the beginning of 2020. Russian gas is delivered to Turkey via the first part of the route, and the second line stretches to the Turkish-Europe border to reach European customers, including Bulgaria, Hungary and Serbia.

Russian Ambassador to Serbia Alexander Botsan-Kharchenko, who was also present at the ceremony, said the completion of the pipeline is the “best New Year present.” The gas link is one of the biggest projects between the two countries, which is set to give Serbia opportunities to develop its own energy infrastructure and make it a transit country, according to the diplomat.

Like Russia’s other major energy project, the Nord Stream 2, which is at the final stages of construction, the TurkStream pipeline was hit with US sanctions, with Washington threatening to punish companies involved in it.

Serbia, which previously received Russian gas supplies via Hungary and Ukraine and has been looking for cheaper imports, earlier defended its right to choose its suppliers and said Russia’s ones were the most beneficial for the country. Vucic previously said he wasn’t going to pay for someone’s political ambitions and “racket” attempts in foreign policy.