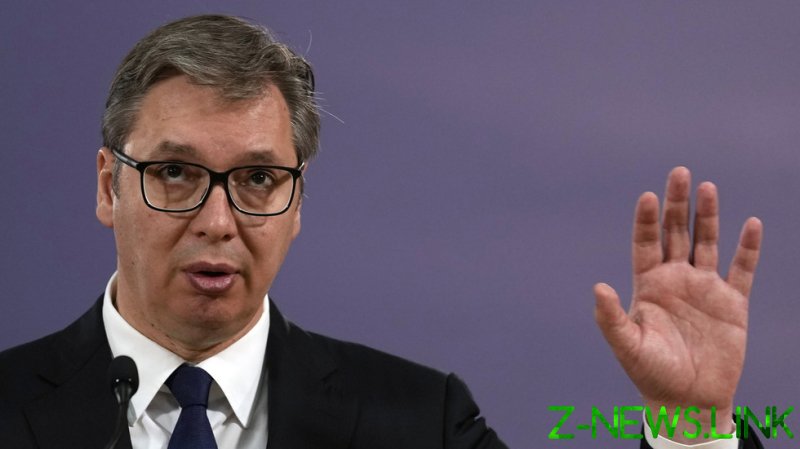 Serbian President Aleksandar Vucic has said that he will issue a statement on possible anti-Russia sanctions early next month, but will be guided by “the interests of Serbia” alone. Vucic has vehemently opposed penalizing Moscow for its offensive in Ukraine, but has come under pressure from the US to change his stance.

“As for us and the imposition of sanctions, I will talk about this more and more thoroughly on May 6,” Vucic told reporters at a military expo near Belgrade on Saturday, according to RIA Novosti. While acknowledging that he has been under pressure from unnamed politicians to acquiesce to the West’s sanctions regime, Vucic added that “our policy should be a policy of responsibility, a policy of development for Serbia, which will think about the interests of Serbia at every moment.”

From the outset of the conflict in Ukraine, Vucic has sought to maintain relations with both the West and Russia. Although Serbia voted for a United Nations resolution condemning Russia’s military operation, Vucic later said that he was blackmailed into doing so, with his country threatened with energy sanctions if it refused. 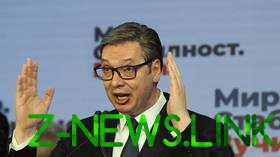 However, Vucic has since categorically refused to sanction Moscow. After being re-elected with 58% of the vote earlier this month, he stated that banning the import of Russian oil and gas would cripple the Serbian economy, and imposing sanctions would be “immoral and inefficient,” citing the hardship his own country suffered under EU, UN and US sanctions in the 1990s.

However, shortly after Vucic’s electoral victory, a trio of US senators visited Belgrade in a bid to win the president over to the West’s side. “We understand Serbia has a long cultural and economic history with Russia,” Connecticut Senator Chris Murphy, a Democrat, told reporters after meeting with Vucic. “But this is a moment where there is great risk if we…don’t send a united message about the consequences of Russia’s behavior in Ukraine.”

Murphy added that the US would continue to support Serbia’s path to joining the European Union, a path that likely depends on siding with the West against Moscow.

Serbia is a traditional ally of Russia, and anti-Western and particularly anti-NATO sentiment runs high in the country. NATO forces waged an air war against Serbia on behalf of Kosovan separatists in 1999, paving the way for UN peacekeepers to occupy Kosovo, severing the province from Serbia.

As such, even Vucic’s decision to join the UN vote condemning Russia in February led to a thousands-strong pro-Russia protest on the streets of Belgrade.