Seoul to conduct joint military drill with US this month despite strong warnings from Pyongyang, South Korean media say 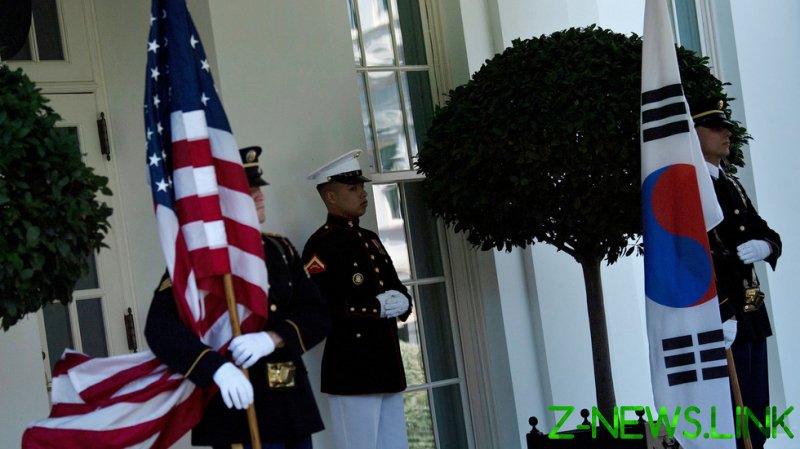 The computer-simulated command-post exercise will be held on August 16-26, with “a minimum level of troops” and no outdoor activities, Yonhap news agency reported, citing a government source.

The planned drill is set to involve an even smaller number of participants than a similar event last March, which was scaled down due to the pandemic, the source was quoted as saying.

The US and South Korea will also reportedly conduct military crisis-management training for staff over four days, expected to kick off on Tuesday.

The exercise is set to go ahead despite earlier warnings from North Korean leader Kim Jong-un and his sister Kim Yo-jong, a senior state official, that the “hostile” US-South Korean drill will jeopardize inter-Korean talks. Pyongyang traditionally sees cooperation between its main rivals as a rehearsal for an invasion.

South Korea’s Unification Ministry, which handles inter-Korean affairs, called for a “wise and flexible” approach to the joint exercises this week, arguing that they must not be used to derail negotiations.

Pyongyang and Seoul restored direct communication via hotlines late last month after a nearly 14-month suspension. The North shut down the channel in 2020 in protest over propaganda leaflets sent across the border by South Korean activist groups.

At the same time, South Korean lawmakers, who attended a briefing by the country’s main spy agency this week, told reporters that Pyongyang wants international economic sanctions to be eased as a precondition for restarting denuclearization talks with the US.

They also said that the North had grown dissatisfied with the lack of concessions from Washington in response to the suspension of nuclear and ballistic missile tests. Pyongyang did not comment on the report.

In June, Kim Jong-un said the country needs to prepare for both dialogue and confrontation with the US.