Home / WORLD / Seoul indicates it may snub US request over oil

Seoul indicates it may snub US request over oil 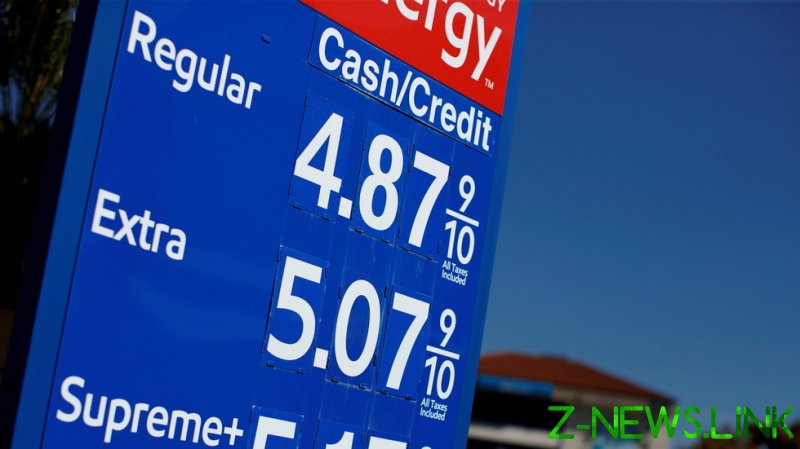 Following reports that the Biden administration reached out to several of the largest oil consumers pleading for a coordinated release of petroleum stockpiles, the South Korean government confirmed that Seoul received the request, but said that rising prices are not a good enough reason to tap into its reserves.

“We are thoroughly reviewing the US request, but we do not release oil reserves because of rising oil prices,” South Korea’s industry ministry said in a statement on Thursday, as cited by Reuters.

We could release oil reserves in the case of a supply imbalance, but not to respond to rising oil prices

Seoul’s reluctance to go along with Washington’s plans comes amid reports that the White House broached the issue with several major oil-consuming nations, including Japan, India, China and South Korea.

While Reuters reported on Wednesday that Japan was on board with the idea, the positions of the other countries so far remain unclear.

Biden reportedly used his recent meeting with Chinese President Xi Jinping to relay his administration’s mounting concerns over the price hike, proposing Beijing and Washington pool efforts to dampen the surge. Chinese media reported that Beijing is poised to accept the proposal, but the Chinese government has yet to comment on the issue.

Biden currently faces increasing pressure to unseal the US Strategic Petroleum Reserve in a bid to steady the situation, as Americans struggle to fill up their tanks due to a spike in gasoline prices.

The Organization of Petroleum Exporting Countries (OPEC) and its allies, including Russia, recently rejected Biden’s plea to boost production amid resurging demand as countries around the world scale back their Covid-19 restrictions.

Though the White House has blamed OPEC and Russia for the surge, also pointing to “potentially illegal conduct” by gas and oil companies, Republican Senator Tom Cotton (Arkansas) alleged earlier this week that rising prices are “the intended effect” of the administration’s energy policy.