Home / Society / Sentsov was transferred from the colony public appeal

Sentsov was transferred from the colony public appeal 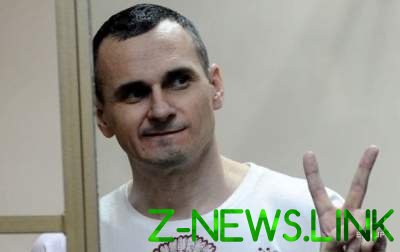 Ukrainian Director handed over the letter, which thanked for the courage of all who are not afraid to openly support him.

Prisoner in Russia Ukrainian Director Oleg Sentsov wrote in the penal colony letter to all who support it. The photo of the letter on Friday, June 22, on his page on the social network Facebook published a movie producer Eugene Gindilis.

So, in the letter the prisoner is grateful for the courage of all who are not afraid to openly support him.

“Those who put on t-shirts, and more! Friends-filmmakers! Thank you all for what you do. For what do not be silent. Don’t be afraid – it is so easy, isn’t it? Hard to do only the first step. Someone did once, but someone only recently, but I am grateful to everyone for his courage. I understand that you run the risk of openly supporting me now, living in this country. I do not write and do not call names, not because they don’t know or don’t appreciate, but I’m afraid just to forget someone or to emphasize. I am grateful to you all. The shift in consciousness of the Soviet people, which led to the restructuring, and then to the collapse of Empire and freedom, began, that when the filmmakers began these changes with your Congress in the 80-ies of the last century. It is possible that you have the same mission and task is to destroy even more ugly Empire, which is now built and continues to evolve in your country. Good luck with that! But do not forget to remove and wonderful movies! Your Oleg Sentsov”.

Earlier it was reported that the situation with the condition of Sentsov threatening, the next crisis may occur at any time. Sentsov have problems with heart and kidneys. Him twice a day, put a dropper. 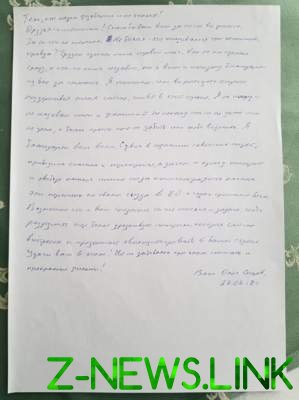