Home / Society / Sentsov refused to ask for pardon from Putin

Sentsov refused to ask for pardon from Putin 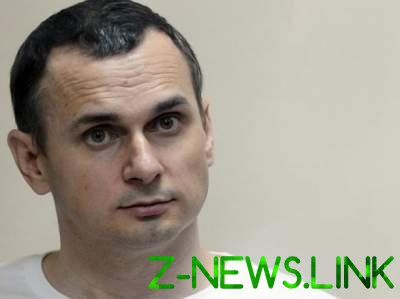 Oleg Sentsov is in a penal colony in the Arctic circle.

Ukrainian Director Oleg Sentsov, who is kept in Russian prison, will not ask for a pardon from Russian President Vladimir Putin. This was stated by his sister Natalie Kaplan.

“Oleg will not ask for a pardon from Putin by far… after use as a commodity, bargaining. And I don’t know how it would end, but sadly, of course,” – said N. Kaplan.

The Commission concerning pardon in the Yamalo-Nenets Autonomous district on Wednesday announced that it has received two applications for pardon Oleg Sentsov from his mother and the Archbishop of Simferopol and Crimea Clement, but we can’t take them, because it is not procedure. The pardon is expected to submit Sentsov personally.

See also:  In Kiev will be limited traffic on the busy Avenue

Recall that in late June, the mother Sentsov Lyudmila Putin wrote a petition for pardon of her son. Subsequently, the Kremlin promised to consider it. Then on 9 August, the press Secretary of the President of Russia Dmitry Peskov said that he had no reaction to the request for pardon Sentsov.

Oleg Sentsov is located in a correctional colony in the town of Labytnangi in the Arctic circle in Northern Russia. On 14 may he announced an indefinite hunger strike demanding the release of all Ukrainian political prisoners in Russia and Crimea.

See also:  "A friend of Putin" Le Pen made a loud statement on the Crimea

Sentsov was convicted by a Russian court to 20 years imprisonment on 25 August 2015, with charges of planning terrorist attacks in Crimea. The human rights center “memorial” in Russia has made Sentsov in the list of political prisoners.