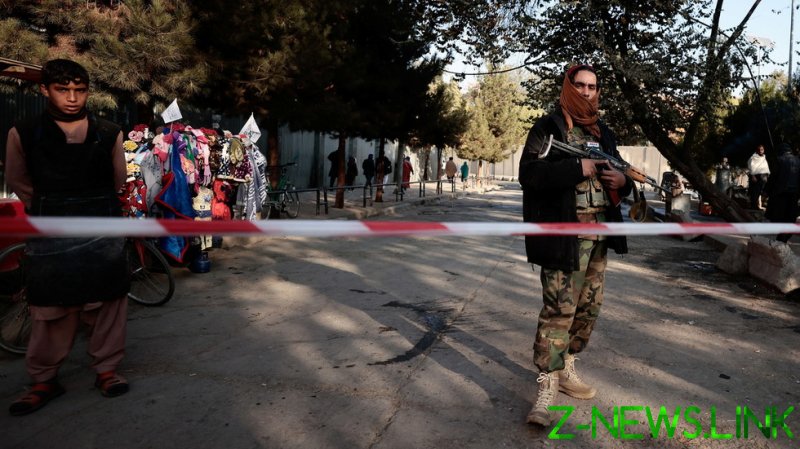 The commander of the Kabul corps, Hamdullah Mokhlis, lost his life in a gunfight with Islamic State (IS, formerly ISIS/ISIL) militants at Sardar Daud Khan Hospital. He became the most senior Taliban figure to have been killed since the group overran Kabul in mid-August amid the withdrawal of US troops from Afghanistan.

As soon as things got heated at the hospital, Mokhlis “immediately rushed to the scene,” a Taliban media official told AFP. “We tried to stop him, but he laughed.”

“Later we found out that he was martyred in the face-to-face fight at the hospital,” the official added.

Mokhlis was a member of the hardline Haqqani insurgent network and an officer in the Taliban’s elite Badri Corps special forces. He reportedly became one of the first senior Taliban officials to enter the abandoned presidential palace in Kabul back in August.

The attack on the hospital started with two explosions by suicide bombers near the entrance, with IS gunmen then trying to force their way inside the facility. There was panic among the doctors and patients, who tried locking themselves inside the rooms on the upper floors.

Taliban special forces arrived at the scene in a helicopter they’ve seized from the US-backed Afghan government, which was one of the first times they’ve used such hardware in their operations. A gunfight broke out in the courtyard, with all of the attackers being shot dead in around 15 minutes, Taliban spokesman Zabihullah Mujahid said.

At least 19 people were killed and dozens more injured in the incident, according to the officials. But some reports suggest that the death toll could be higher.

The Taliban’s hardline rivals, Islamic State-Khorasan (IS-K), who intensified their activities in recent months, have taken responsibility for the attack, saying that it had been carried out by five of its members. IS had already targeted Kabul’s main military hospital back in 2017, killing more than 30 people.