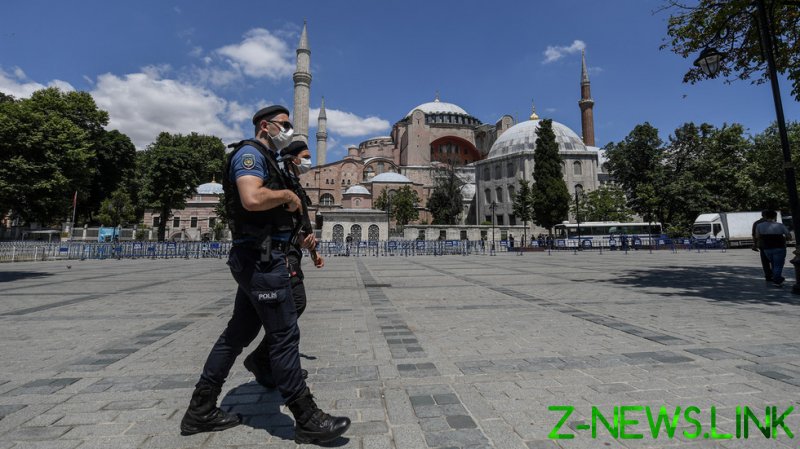 The announcement was made by Interior Minister Suleyman Soylu on Tuesday. In a Twitter post, the official described the detained individual as an “ISIS emir,” revealing that “important plans” of some sort have been taken from the militant.

The minister elaborated on the matter a short time later, naming the suspect as Mahmut Ozden.

“He had been constantly receiving orders from both Iraq and Syria to carry out an attack in Turkey,” Soylu said.

The minister stated that the police operation was ongoing, and that further suspects believed to have links to Ozden are being interrogated. It was not immediately clear where or when the militant was detained.

While IS has been defeated in Iraq and Syria as a quasi-state entity, it still maintains a heavy presence in the Middle East. Turkey, in particular, remains the main regional transit hub for IS terrorists, and its southern border is still very porous for weapon smuggling and militant traffic, a recent report by the lead inspector general for the US mission in Syria and Iraq indicated.