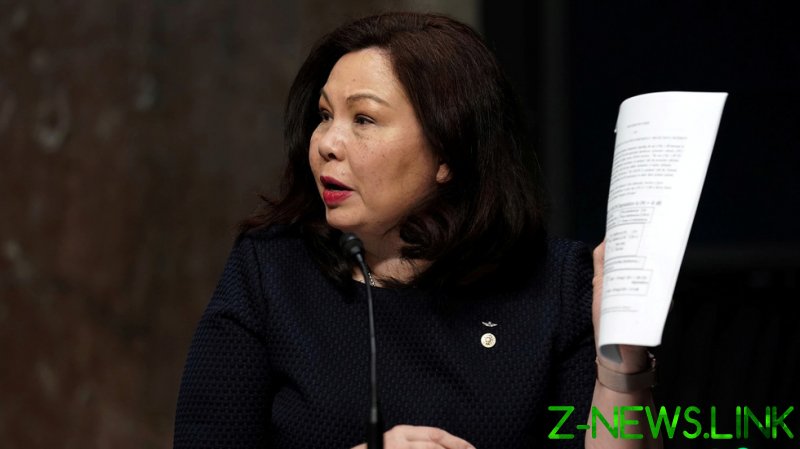 Senator Tammy Duckworth (Illinois) and Mazie Hirono (Hawaii) told reporters on Tuesday that they’ll vote to approve only non-white or LGBTQ nominees until Biden starts appointing more minorities. While Hirono said her concern is diversity in general, Duckworth is trying to pressure the administration to give more plum jobs to Asian-American and Pacific Islander (AAPI) candidates.

“I am a no vote on the floor on all non-diversity nominees,” Duckworth said. “You know, I will vote for racial minorities and I will vote for LGBTQ, but anybody else, I’m not voting for.”

Hirono said that the Senators would vote against any white and straight candidates until they have a commitment from the administration that more positions will soon be filled with minority candidates, including black, Hispanic and AAPI representatives.

“I’m joining her in that, which means that we would like to have a commitment from the White House that there’ll be more diversity representation in the Cabinet, and in senior White House positions,” Hirono said.

In a 50-50 Senate that the Democrats control only by holding the tie-breaker vote in Vice President Kamala Harris, the diversity row could enable Republicans to block some of Biden’s nominees. It also shows the difficulty of keeping all the key players content in a party that is increasingly reliant on identity politics for its coalition of support.

Duckworth, who was born in Bangkok to a Thai mother and white American father, has said she plans to vote “no” on upcoming confirmations for deputy secretary of defense and assistant secretary of defense for policy. She suggested that openings at the Federal Trade Commission, the Department of Defense and the Office of Management and Budget could be filled by AAPI candidates.

After Boston Mayor Marty Walsh was confirmed on Monday night as Biden’s final Cabinet secretary, Duckworth and Hirono, a Japanese-American, confronted a White House official about the lack of AAPI representation. Duckworth reportedly said that the official, deputy chief of staff Jen O’Malley Dillon, responded by giving the “incredibly insulting” example of Harris, who is of black and South Asian ethnicity. She also complained that many of the AAPI candidates she had referred to the Biden administration “never even got a phone call.”

Duckworth said her vow to vote “no” applied to all appointments requiring Senate confirmation, including Cabinet officials, sub-Cabinet positions and judicial nominees. Conservatives called out her decision to disqualify white candidates as bigoted.

“If a white senator said what Senator Tammy Duckworth said but changed it to, they would only vote for white candidates, their career would be over,” writer Carmine Sabia said. “And frankly, I’m over this ‘It’s OK to be racist against white people’ BS. Duckworth should resign immediately.”