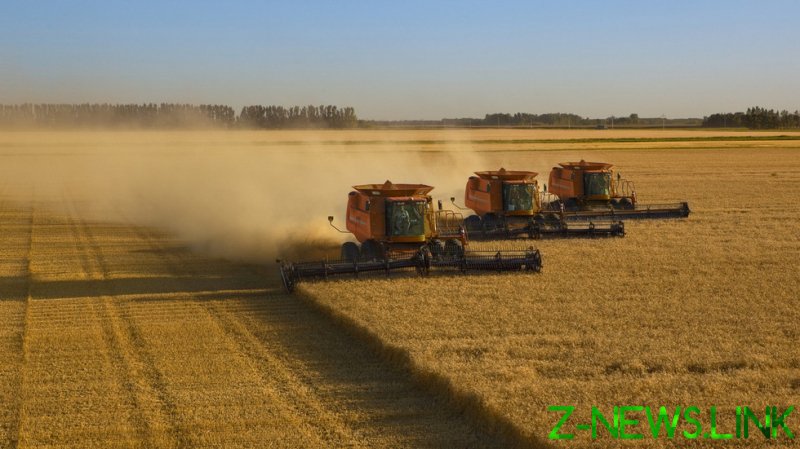 Republican lawmakers are pressing President Joe Biden’s administration to allow farmers to plant crops on millions of fallow acres through a federal conservation program, saying larger US harvests would help stabilize food prices and prevent famine amid the Russia-Ukraine conflict.

At issue are the more than 4 million acres of US farmland that are currently idled under the US Department of Agriculture’s Conservation Reserve Program (CRP). The program, which is designed to improve soil quality and provide wildlife habitat, pays farmers to keep some of their land fallow under 10- or 15-year contracts.

Senators Marco Rubio (R-Florida) and Cynthia Lummis (R-Wyoming) argued this week in a letter to Agriculture Secretary Tom Vilsack that with the Ukraine crisis disrupting global food supplies, farmers should be allowed to plant CRP lands without penalty. The food supplies of dozens of countries across Africa, the Middle East and South Asia are at risk because they are dependent on imports from the war-torn region, the senators said. For instance, Ukraine and Russia typically account for nearly 30% of global wheat exports and over 80% of sunflower oil supplies.

“Allowing crop production on CRP lands is a critical step for stabilizing food prices that have skyrocketed in recent months, and to help American growers fulfill the unmet global demand for grains that threatens the lives of tens of millions of people, which may only worsen if not sufficiently addressed in the short term,” the senators said in their letter.

The appeal from Rubio and Lummis followed an earlier request by Senator John Boozman (R-Arkansas), ranking member of the Senate Agriculture Committee, to allow for planting on CRP lands. However, Vilsack appeared to shoot down the idea in a letter this week to the National Grain and Feed Association (NGFA).

“Quickly converting CRP land to crop production is clearly unfeasible,” the agriculture secretary said, adding that such a move also would have long-term consequences for the climate and soil quality.

The NGFA and other agricultural trade groups last week called on the Biden administration to open up CRP lands to planting, saying it’s unclear whether Ukrainian farmers will be able to safely plant their spring crops or harvest their soon-to-ripen winter wheat. “The US is blessed with some of the best quality soils on the planet, coupled with the best farmers in the world,” the groups told Vilsack. “The US should do all it can to feed a growing, hungry population now threatened by a likely global production shortfall by reassessing vital productive acres being idled here at home.”

Western leaders, including Biden and Canadian Prime Minister Justin Trudeau, have acknowledged the likelihood of food shortages around the world. “This is going to be a difficult time because of the war, because of the recovery from the [Covid-19] pandemic,” Trudeau told reporters on Thursday.

The EU has reportedly agreed to let farmers plant crops on fallow land and set aside 500 million euros in aid to help them do so. Nearly 6% of the EU’s agricultural land is normally idled to boost biodiversity. The bloc also may reduce blending of biofuels to help bolster food supplies.