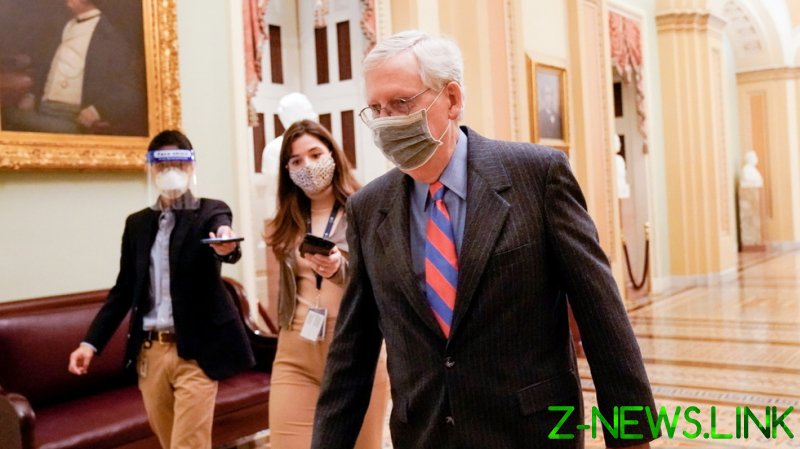 The National Defense Authorization Act (NDAA) was passed by both chambers of Congress earlier this month, but the president objected to the bill on multiple fronts, including it preventing him from bringing troops in Afghanistan and Iraq home and it not including a veto of Section 230, which provides legal protection for social media companies from the content posted.

With less than 20 days left in the White House, this marks the first override of a veto from Congress in Trump’s four-year presidency.

The House previously voted 322-87 to override Trump’s veto. In the Senate, support for the spending bill gained both Republican and Democrat support, as it did in the House, and quickly reached the two thirds majority needed when 81 voted in favor of the override and 13 voted against.

Trump promised for months to veto the bill, saying it puts “the interests of the Washington, DC establishment over those of the American people.”

Senate Majority Leader Mitch McConnell (R-Kentucky), who also publicly broke from Trump when he halted higher Covid-19 stimulus checks to citizens multiple times, made it clear on Friday that the NDAA would pass, despite the president’s objections.

“We’ve passed this legislation 59 years in a row. And one way or another, we’re going to complete the 60th annual NDAA and pass it into law before this Congress concludes on Sunday,” he said.

Some Senate Democrats, like Bernie Sanders, tried demanding a vote on increased stimulus checks before a vote on the NDAA, but that effort failed with further stimulus check payments now up to a new Congress to pass in the coming days.