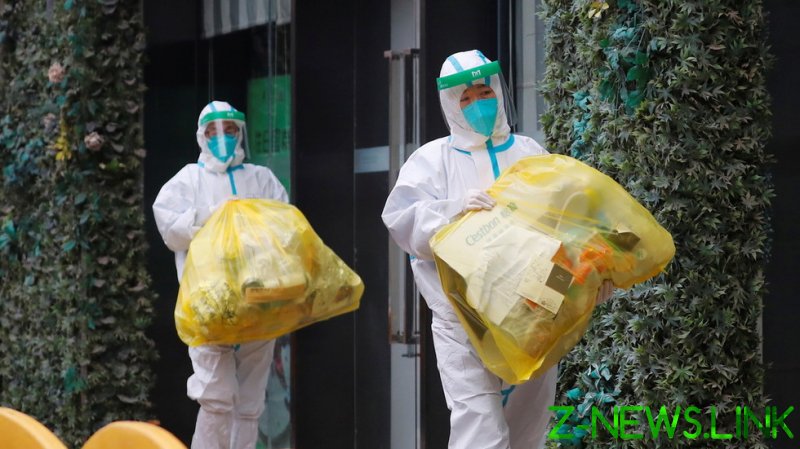 Sponsored by Senators Josh Hawley (R-MO) and Mike Braun (R-IN), the bill gives the Office of the Director of National Intelligence (ODNI) 90 days to declassify “any and all information relating to potential links between the Wuhan Institute of Virology and the origin of the coronavirus disease.”

The legislation requires the release of any relevant information pertaining to activities performed at the Wuhan Institute of Virology. Specifically, the bill asks for details on any researchers at the Chinese lab who may have fallen ill in autumn 2019.

The Wall Street Journal previously reported, citing a US intelligence report, that several members of the laboratory received hospital treatment after becoming sick with flu-like symptoms in November 2019, just weeks before Beijing reported the first known case of Covid-19.

The legislation requires the ODNI to compile the information in an unclassified report to be presented to Congress.

Speaking on the Senate floor before the vote, Hawley said that the American people “deserve to know” how Covid-19 started, “and what’s China’s role in starting it.”

For his part, Braun said that the legislation was necessary in order to help people “make sense out of what has happened.”

The move comes after President Joe Biden ordered a new analysis of how the disease originated, stating that he would ask Beijing to be more transparent with any information it may have.

CNN had reported a day earlier that Biden shut down a probe ordered by then-president Donald Trump into whether the virus may have leaked from the Wuhan Institute of Virology.

The theory that the virus may be man-made was widely dismissed by media outlets and experts. However, in recent weeks, a growing number of reports, many of them citing unnamed officials, have lent credibility to the hypothesis.

A probe carried out by a team from the World Health Organization concluded in March that the ‘lab-leak’ theory was highly unlikely. Their investigation supported the idea that the virus may have been transmitted to humans by animals, but did not pinpoint the disease’s origin. However, 14 nations, including the US and UK, issued a joint statement expressing concerns that the investigation lacked transparency and thoroughness.

China has fervently denied that the virus leaked from the Wuhan lab. Pushing back against the insinuations and allegations made by Washington, Chinese Foreign Ministry spokesman Zhao Lijian suggested on Thursday that the US may not be forthcoming about the activities of its own laboratories.

“I also want to emphasize that the Fort Detrick base is full of suspicions. There are more than 200 biological laboratories in the United States spreading around the world. How many secrets are there?” he asked.

In 2019, the Centers for Disease Control and Prevention decided to issue a “cease and desist order” to halt operations at the Maryland-based germ lab over safety concerns.