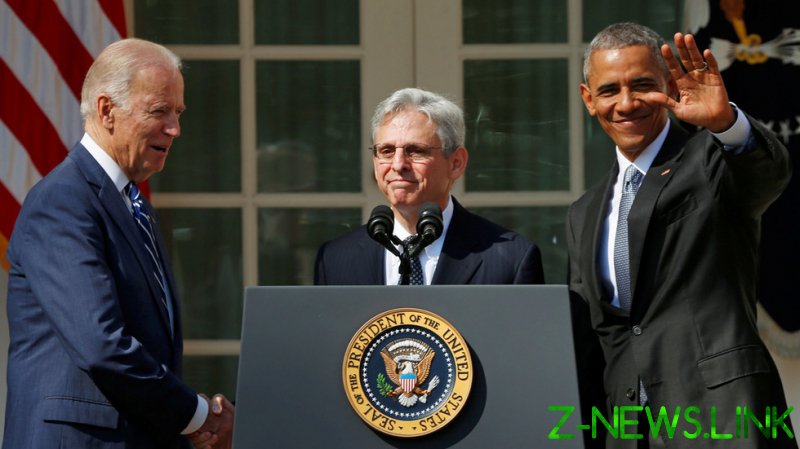 Senate GOP leader Mitch McConnell (R-Kentucky), who led the effort to ignore President Barack Obama’s nomination of Garland following the February 2016 death of Justice Antonin Scalia, was one of the votes in favor of confirming him as the new head of the Justice Department on Wednesday.

“I’m voting to confirm Judge Garland because of his long reputation as a straight shooter and a legal expert,” McConnell said on the Senate floor. “His left-of-center perspective has been within the legal mainstream. Let’s hope our incoming attorney general applies that no-nonsense approach to the serious challenges facing the Department of Justice and our nation.”

During the confirmation hearings, Garland vowed to “fend off any effort by anyone to make prosecutions or investigations partisan or political in any way,” and said he wouldn’t have accepted the nomination had he thought “politics would have any influence over prosecutions and investigations.”

He faces tremendous pressure from Democrats, however, to investigate the January 6 riot at the US Capitol as an “insurrection.”

In the opening statement before the Senate Judiciary Committee last month, he brought up his experience prosecuting the Oklahoma City bombing in the 1990s and said he was eager to crack down on “domestic terrorism” and “supervise the prosecution of white supremacists and others who stormed the Capitol on 6 January – a heinous attack that sought to disrupt a cornerstone of our democracy.”

Garland, 68, worked as a DOJ prosecutor during the Clinton administration, and was confirmed as a federal judge at the US Court of Appeals for the DC circuit in 1997. He resigned in February, after more than 13 years on the bench, after Biden nominated him to serve as the attorney general.