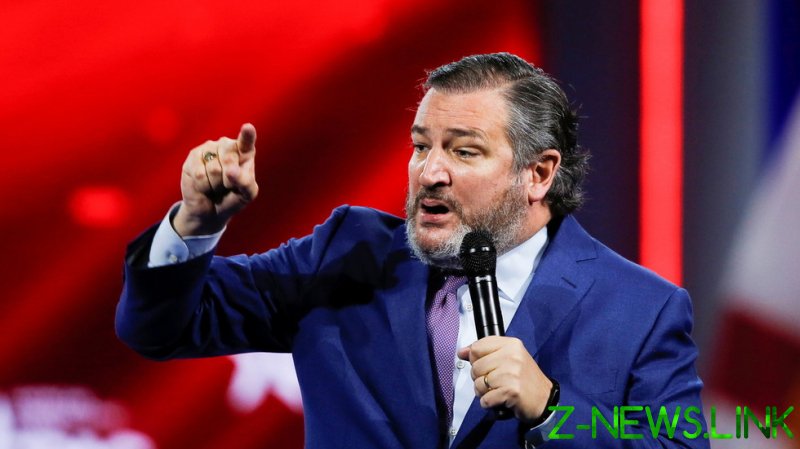 “Under Biden, the military is launching political attacks to intimidate Tucker Carlson & other civilians who criticize their policy decisions. Officials in uniform are being used for the campaign,” Cruz tweeted on Sunday, announcing he penned a letter to US Secretary of Defense Lloyd Austin, requesting a meeting with the Commandant of the Marine Corps and policy changes that ensure the US military won’t be “similarly mobilized against the speech of American citizens or in the service of left wing political causes.”

“Instead of allowing the debate to run its course in public among American citizens and their elected leaders, military officials over the last week have repeatedly launched attacks on Carlson,” Cruz charged, denouncing the military’s conduct as alternating “between being ostentatiously childish and simply outrageous.”

The Pentagon has been in a raging war of words with Carlson, after the latter accused the military of playing identity politics rather than focusing on combat readiness. As an example of its new-found wokeness, the Fox News host cited the creation of “maternity flight suits” that allow pregnant service members to fly missions while expecting. Although the “maternity suits” were already in the works during the Trump administration, President Joe Biden’s mention of the uniform to mark International Women Day apparently triggered Carlson, who lambasted the rule change allowing the women to fly non-combat craft into their second trimester as “a mockery of the US military.”

The Pentagon did not hold back, launching a full-blow publicity campaign targeting Carlson, that saw the Department of Defense issuing a press release, denouncing the media personality, and the senior enlisted leader in the US Space Command tweeting a video, criticizing Carlson while wearing a uniform. The offensive was soon joined by the Marines, with the commanding officer of the II Marine Expeditionary Force (MEF) Information Group (IG) calling Carlson a “boomer.”The force told a commentator, who responded to the broadside by echoing Carlson’s point, to “come back when you’ve served and been pregnant.”

Carlson mounted a counter-offensive, accusing the Pentagon of “declaring war” on a “domestic news operation,” but ultimately conceding that the forces are not even, and that the US military boasts a “manpower advantage” over his crew.

While noting that there can be different takes on the “merits” of Carlson’s argument, Cruz argued that the talk host voiced “broadly-held concerns that have been the fodder of political controversy and debate for decades.”