Home / WORLD / Sen. Duckworth backtracks after vowing to vote against all straight, white Biden nominees, says she won’t ‘stand in the way’

Sen. Duckworth backtracks after vowing to vote against all straight, white Biden nominees, says she won’t ‘stand in the way’ 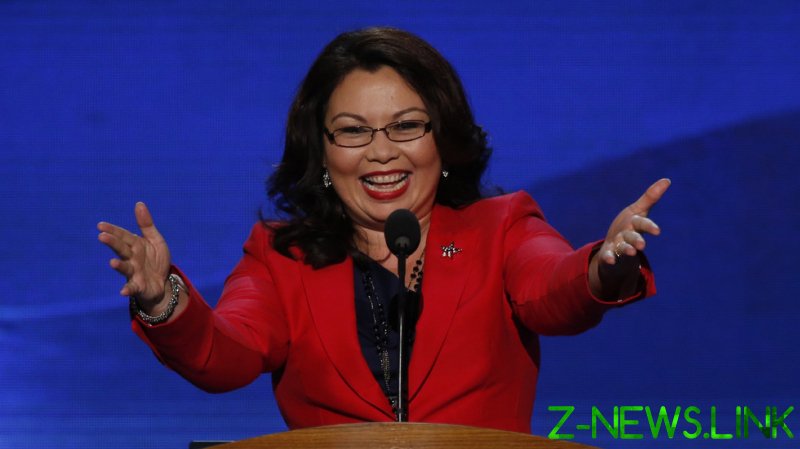 While the Illinois Democrat said on Tuesday afternoon that she would only vote to confirm “racial minorities and LGBTQ” over diversity concerns, she dropped that stance just hours later. It’s unclear exactly what prompted the about-face, but Duckworth portrayed the move as a victory in a statement to NBC News, suggesting that she persuaded the White House to appoint an Asian American or Pacific Islander (AAPI) to a senior position. For now, her office said she will not obstruct Biden’s picks during Senate confirmation.

“Senator Duckworth appreciates the Biden administration’s assurances that it will do much more to elevate AAPI voices and perspectives at the highest levels of government, including an AAPI senior White House official to represent the community, secure the confirmation of AAPI appointments and advance policy proposals that are relevant and important to the community,” Duckworth’s spokesman, Ben Garmisa, said in a statement.

White House Press Secretary Jen Psaki later confirmed Duckworth’s claim in a statement of her own, saying the administration had agreed to “add a senior-level Asian American Pacific Islander liaison, who will ensure the community’s voice is further represented and heard.”

With the Senate split roughly 50-50 between the two major parties, Duckworth’s threat to withhold support for nominees – which was joined by Senator Mazie Hirono (D-Hawaii) – risked major headaches for the Biden team. A similar scenario played out after Democrat Senator Joe Manchin (West Virginia) refused to confirm former think-tanker Neera Tanden to lead the Office of Management and Budget, effectively torpedoing her chances and prompting her to rescind her own nomination.

After Duckworth’s reversal, Senator Hirono also followed suit, saying that she, too, had a “productive conversation” with the White House and was able to voice her stance on “the importance of diversity in the president’s cabinet.”