Home / WORLD / ‘Selling out democracy’? Activists call for boycott of Toyota for supporting ‘sedition’ after donation to Republicans 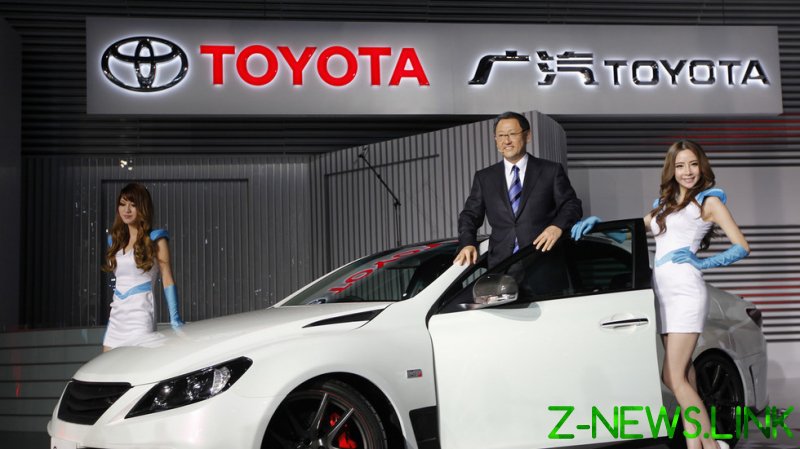 Liberals on social media were up in arms after discovering data from the Federal Election Commission (FEC) that showed a $1,000 donation to Rep. Alex Mooney (R-West Virginia) on February 4 from Toyota.

The donation comes after the company said it would reevaluate its criteria for donations, following the riot at the US Capitol on January 6.

“Given recent events and the horrific attack on the U.S. Capitol, we are assessing our future PAC [political action committee] criteria,” a spokesperson said at the time.

Mooney was one of many lawmakers to object to the Electoral College result that made Joe Biden victorious in the 2020 election, leading Toyota to be accused online of everything from selling out democracy to supporting sedition. Others called for a boycott of the company, vowing to shop for vehicles elsewhere.

“Been a Toyota owner my entire life thus far. Love their cars. I even recently bought one of their cars. That said, I don’t love them enough to support a company that funds seditionists,” one Twitter user wrote.

Others have pushed back against the knee-jerk reactions, pointing out that Toyota has donated hefty amounts of money to the Democrats in the past, making a boycott over minuscule support for the GOP rather fruitless.

Numerous companies such as Ford and General Motors put a pause on political donations pending a review, after the US Capitol riot.

Another corporation to find itself targeted by online protesters over resuming political donations is low-cost airline JetBlue.

It was the first to break its political donation pause this week, when it gave $1,000 to Rep. Nicole Malliotakis (R-New York), according to FEC filings. Like Mooney, Malliotakis objected to the results of the 2020 presidential election.

As companies find themselves in the spotlight as to where their money goes in politics, critics have also been calling for a boycott of JetBlue.

“I’m very disappointed in JetBlue airlines. I like them, I fly with them, but I can’t possibly give them my business anymore if they are donating to a congresswoman who voted to overturn our presidential election,” actress and activist Rosanna Arquette tweeted.