Sell a village with peasants 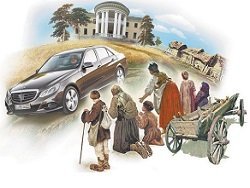 Siberian businessman has exposed on sale the village Vasilevka Idrinsky district of the Krasnoyarsk territory together with the people, according to NTV.

There are 45 houses and a cattle-breeding complex for which a man wants to gain 20 million rubles.

It clarifies the channel, responding to calls of residents of the neighboring districts, representatives of the businessman said that after the purchase with people you can “do anything”, including to evict.

According to NTV, in the late 1980-ies Minusinsk construction works allocated funds for the revival of the village, later the head of the company received the land in perpetuity.