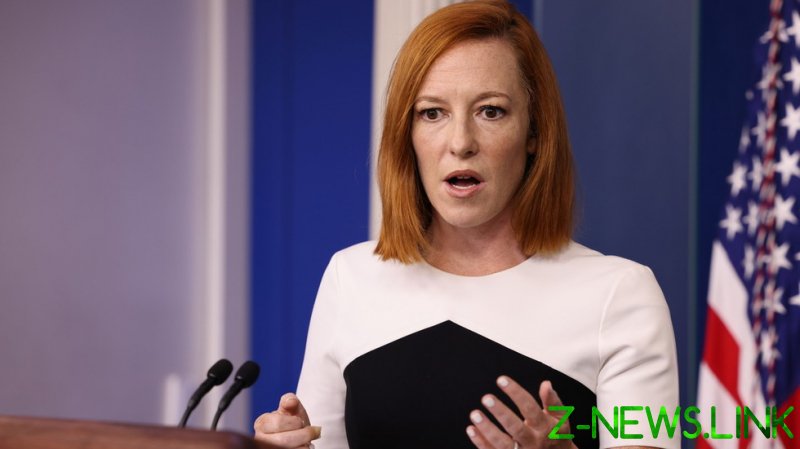 White House Press Secretary Jen Psaki added her voice to a flurry of critics targeting Facebook CEO Mark Zuckerberg as he deals with what has already shaped up as a very bad week.

On Sunday evening, a former data scientist, Frances Haugen for the company came forward as the whistleblower behind a recent report claiming Facebook is specifically employing algorithms and strategies to their platform they know is dangerous for young people, as well as the spread of misinformation.

On Monday, Facebook, Messenger, WhatsApp, and Instagram all went down for millions of customers across the globe. They have remained that way for hours as the company faces tumbling stock, and Zuckerberg has reportedly lost nearly $7 billion in less than a 24 hours period. Haugen will also be giving testimony this week to a congressional subcommittee on some of her more serious accusations about Facebook’s strategies when it comes to young users.

“This is just the latest in a series of revelations about social media platforms,” Psaki told the press on Monday when asked about Zuckerberg’s whistleblower troubles.

These “revelations,” Psaki added, “make clear that self-regulation is not working. That’s long been the president’s view and been the view of the administration.”

The press secretary said the administration will continue to support efforts by Congress to pass “fundamental reforms” in the Big Tech field.

Numerous Democrat lawmakers have called for more oversight over companies like Facebook, as well as more stringent rules about what can be posted, while Republicans have blasted most major tech companies of using campaigns against hate and ‘misinformation’ as ways to ban conservative opinions and users, especially ones that criticize government health officials on Covid-19 data and regulations.

Facebook has said it is dealing with its outages, though it’s unclear why the services have been down. Reports have begun emerging about businesses and individuals also having difficulty accessing their Gmail and Twitter accounts, as well as other social media platforms like TikTok, Snapchat and YouTube.

On the outages, Psaki could offer no specific insight and only said the administration is “aware” of and is “monitoring” the situation.