Home / policy / Security forces in Minsk have opened fire on protesters. Among the wounded is a journalist 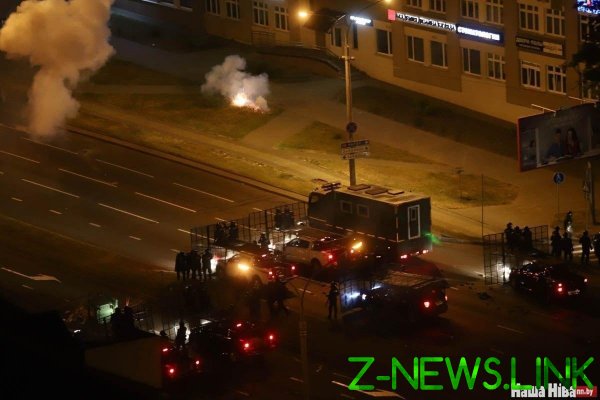 Security forces in Minsk have opened fire on protesters on the streets situated near the shopping center “Crown”. Local newspaper “Nasha Niva” reported that hurt their journalist Natalya Lubnevsky.

“On Calvary on demonstrators opened fire. It was completely unmotivated, people just stood there, occasionally chanted slogans […]. At the scene were journalists, including journalists of “Our Niva”. One of the bullets hit the journalist of “Our Niva” Natalia Lubnevsky”, — transfers the edition.

According to the telegram-channel Nexta Live, just injured several people. The exact number is not currently specified.

Earlier, security forces began to be used against protesters stun grenades in the neighborhood Serebryanka.

Recall, all of last night in Minsk and other Belarusian cities continued violent clashes between police and protesters who disagree with the results of the elections of the President of the Republic, which, according to the Central election Commission of Belarus, incumbent President Alexander Lukashenko scored 80,08% of the votes for Svetlana Tikhanovski voted of 10.09%. Thousands of people took to the streets, riot police opened fire on them with rubber bullets and threw stun grenades. At least one person was killed. However, the interior Ministry deny it.