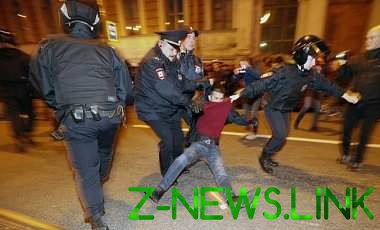 Large-scale protest did not remain without attention of law enforcement.

At the rallies in support of Russian opposition leader Alexei Navalny in 26 cities of the Russian Federation have detained at least 271 people.

Most of the protesters, the security forces detained in Saint-Petersburg – 62 people. 57 people were detained in Yaroslavl 21 – Krasnodar, 20 – in Lipetsk.

One of the detainees in Krasnodar has been arrested for three days.

At the same time in Yekaterinburg, Izhevsk, Nizhny Tagil, Rostov-on-don, Samara, Saratov, Tula, Tyumen and Yuzhno-Sakhalinsk, all detainees were released.