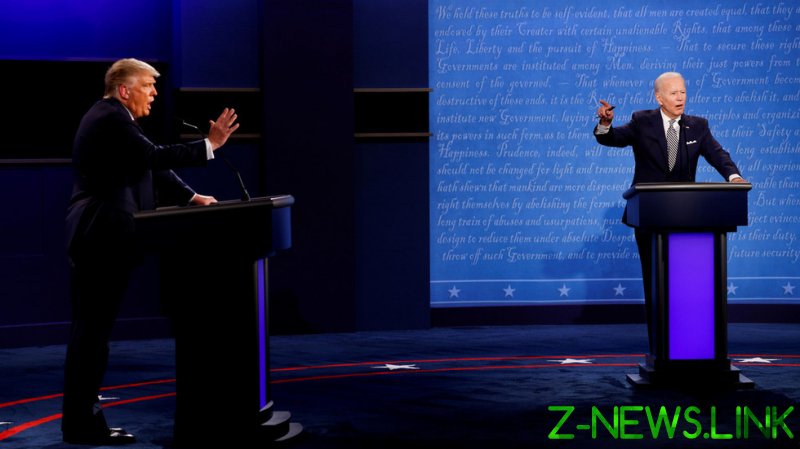 “It’s now apparent there will be no debate on October 15, and the CDP will turn its attention to preparations for the final presidential debate scheduled for October 22,” the commission said on Friday.

The event was called off after Trump refused to participate in a virtual debate the CPD proposed, amid concerns that he still might be contagious after his Covid-19 diagnosis last week.

Responding to the announcement, Trump campaign spokesman Tim Murtaugh suggested that the candidates should sideline the CPD “overlords” and instead debate “one-on-one,” without what he called “the interference” of the commission.

It’s time for the biased commission to stop protecting Biden & preventing voters from hearing from the 2 candidates for president.

Trump insisted that he and Biden should spar in person, with his campaign suggesting that the debate might be shifted to a later date. On Thursday, the Trump campaign argued that the debate can take place on October 22 (the date earlier reserved for the third presidential bout), and the third one can be moved to October 29.

Biden’s campaign rejected that proposal, insisting that it’s up to the commission to decide.

The Trump campaign also argued that since the president was given a clean bill of health by his physician to resume public engagements on Saturday, there was “no medical reason” to move the debate online.

Shortly before the commission’s verdict, Trump announced that he would address “peaceful protesters” in support of law enforcement from the White House balcony on Saturday and hold a “big” rally in Florida on Monday, his first after receiving treatment for the coronavirus.