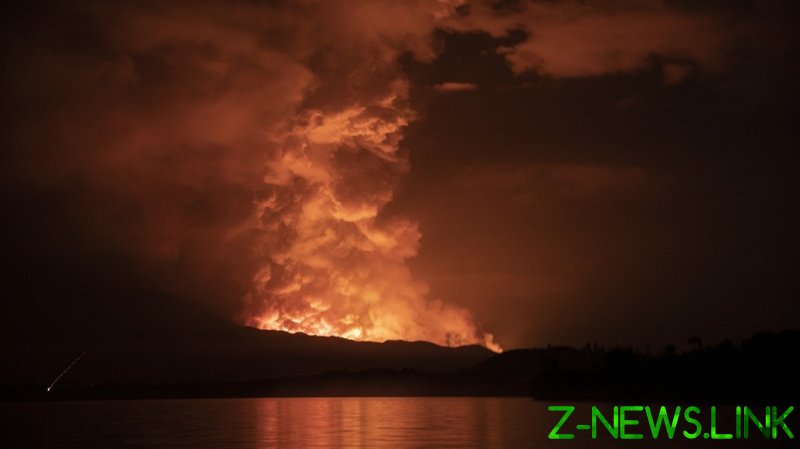 News outlets reported on Saturday that a second volcano had erupted near Goma, just one week after the previous catastrophic eruption which destroyed roads and homes and left thousands of people displaced.

“Today the Murara volcano erupted near an uninhabited area of Virunga erupted,” said Congolese government spokesman Patrick Muyaya in a statement picked up by AFP.

A few hours later on Saturday, however, it was revealed that the ‘eruption’ had been a false alarm.

“A plane has just flown over the entire area of the flanks of this volcano. No eruptions were observed,” the Ministry of Communications announced in a Twitter post.

It attributed the scare to burning charcoal, “the smoke of which was perceived as an activity of the volcano.”

Thousands of people in Goma had already evacuated the area by the time the false alarm was declared on Saturday, after scientists warned of a potential limnic eruption. Heartbreaking photos showed huge groups of people evacuating the area on foot through congested roads, many with their belongings tied to their backs, following the evacuation order on Thursday. By Friday morning, Goma appeared almost deserted.