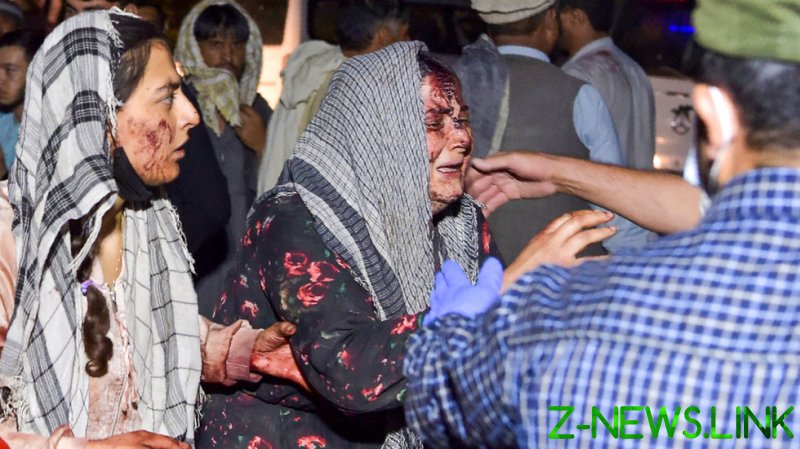 Shortly before the second blast was confirmed, France’s Ambassador to Afghanistan warned civilians to “take cover” away from the gates to the Kabul airport, saying a second explosion may be imminent after confirmed reports of a major blast as military evacuation continues.

Ambassador David Martinon tweeted an “urgent” warning to “all our Afghan friends” on Thursday, warning that a “second explosion is possible.” US officials have said the first blast was likely the work of a suicide bomber outside the airport.

US Department of Defense Press Secretary John Kirby confirmed a second blast had shaken the area of the Baron Hotel.

“We can also confirm at least one other explosion at or near the Baron Hotel, a short distance from Abbey Gate,” Kirby tweeted, also confirming a number of US casualties in what he called a “complex attack.”

The Baron Hotel houses UK army personnel, who are processing Afghans hoping to enter the UK, but no British military casualties have been reported, according to the Ministry of Defence press office.

UK PM Boris Johnson plans to chair an emergency COBRA meeting Thursday afternoon after being updated about the airport explosions.

A Taliban spokesperson told Reuters at least 13, including children and Taliban guards, have already been killed. An emergency hospital reported 60 wounded have already arrived from the blasts.

The scene at Hamid Karzai International Airport was already chaotic before the explosion, as thousands of Afghans, Americans and others seek safe passage out of the country before the August 31st deadline.

Intelligence reports had surfaced earlier this week warning of “imminent” terrorist attacks on the Kabul airport by ISIS-K — an Islamic State affiliate in Afghanistan.