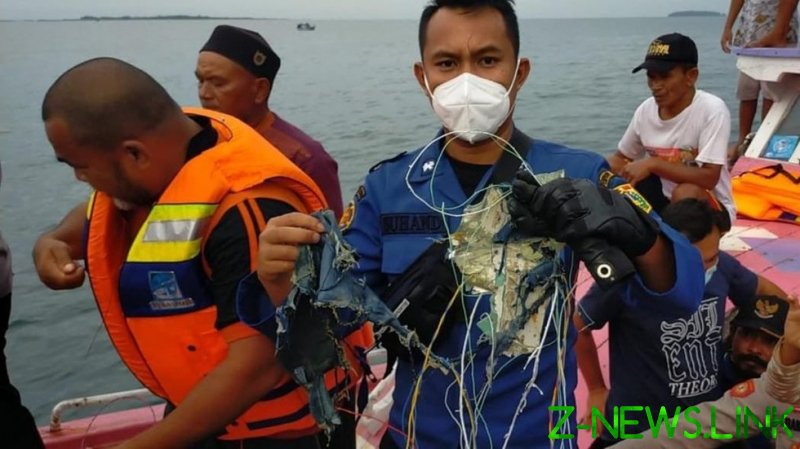 Jakarta Provincial Fire and Rescue Service announced on its Twitter account that searchers have found debris as they frantically sweep the area in search of the Sriwijaya Air jet, which lost contact with aviation authorities shortly after departing from Jakarta on Saturday.

Footage on social media shows searchers holding up wires and other bits of material that were found floating in the bay during the operation.

“Sriwijaya Air Flight 182 lost contact. Several debris were found in the area where the Jakarta – Pontianak plane lost contact. Hope to see you soon. The sweeping continues,” the fire service and rescue service wrote on Twitter.

The plane was travelling from Indonesian capital Jakarta to Pontianak in West Kalimantan province and lost contact shortly after taking off on Saturday. Local media is reporting that 56 passengers were on board the aircraft.